U.S. sweet potato growers are relieved following an agreement between the European Union and the U.S. to suspend tariffs of billions of dollars on a variety of products, including sweet potatoes.

The agreement includes a four-month suspension to cover all U.S. tariffs on $7.5 billion of EU imports and EU duties on $4 billion of U.S. products, reports Reuters. These stem from World Trade Organization cases that date back 17 years over subsidies for airplane manufacturers Airbus and Boeing.

Coming into the U.S., the tariffs affected not only plane parts but other consumer goods such as wine and jam from France and Germany, Spanish olives and more. And the EU tariffs targeted U.S. planes and parts but also nuts and sweet potatoes. The tariffs were instituted mid-November 2020.

“I’m relieved this decision happened,” says Steven Ceccarelli of Farm Fresh Produce in Faison, NC. He notes he’d already been working on setting up an office in Europe as well as hiring four employees to try and sustain some of these duties. “We were probably going to do that anyways. But this decision is now a big benefit.” 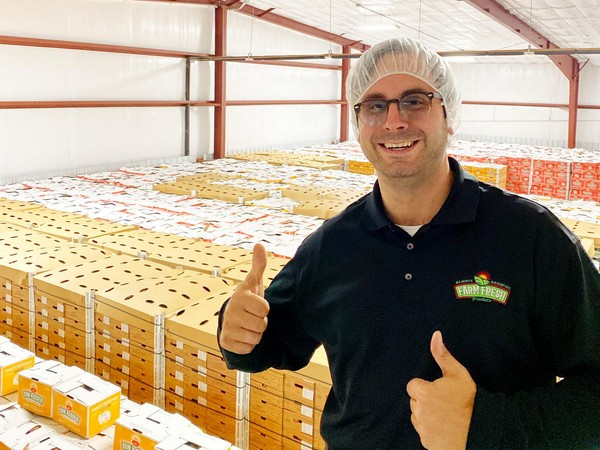 Steven Ceccarelli of Farm Fresh Produce welcomes the four-month suspension of tariffs on a variety of U.S. products including sweet potatoes.

Unsure of start date
While Ceccarelli is unsure when the suspension will actually be instituted, he does say it’s likely around the corner. He also notes that while it’s not likely to happen, a retroactive suspension of the duties would also be helpful to growers and shippers.

This decision also temporarily alleviates bigger concerns for U.S. growers and shippers. “Other countries started growing sweet potatoes and it felt like they had a 25 percent advantage on us. It felt like they could ramp up production because the United States was at that disadvantage,” says Ceccarelli.

He notes that countries such as Spain, Portugal, Germany, the Netherlands, Italy and others are growing sweet potatoes though production looks to be on a smaller scale. “It takes a big investment to be able to offer sweet potatoes year-round. You have to store a whole crop for the whole year and then sell from your inventory so that takes a lot of warehouse space and infrastructure to do it that way,” says Ceccarelli. “There are so many other crops grown in Europe that to have growers commit to the sweet potato program doesn’t necessarily work like it does here in the U.S.”