Greece dealt with an intense snow storm in February, the effects of which will decrease production for several Greek products. Both the early varieties of peaches as well as spring potatoes will have lesser production this season. At the same time the demand for Greek strawberries, has been increasing over the past three to four years.

Nick Nafpliotis, director of Greek fruit company Greek and Fresh, states the snowstorm that plagued Greece a little over three weeks ago was very heavy. According to him, a storm like this had not been seen in Greece for about 40 years: “The snowstorm started from February the 12th, coming from the North and progressively moving towards the South of Greece. The latter region experienced the biggest impact. The snow started to affect the greater Athens area in the evening of February the 14th, and in the morning on the day after that, there was already 25cm of snow in the northern part of Athens. The snow continued and in the morning of the 16th it went up to 60cm, within 30 hours. By the evening it even reached 70cm! We haven’t had this much snow since 1981! In the greater Athens area more than 1500 trees/and or branches had collapsed from the weight and there were a lot of damages in the electric network. Many houses were left without electricity up to five days, and in some cases without water for 2-3 days.” 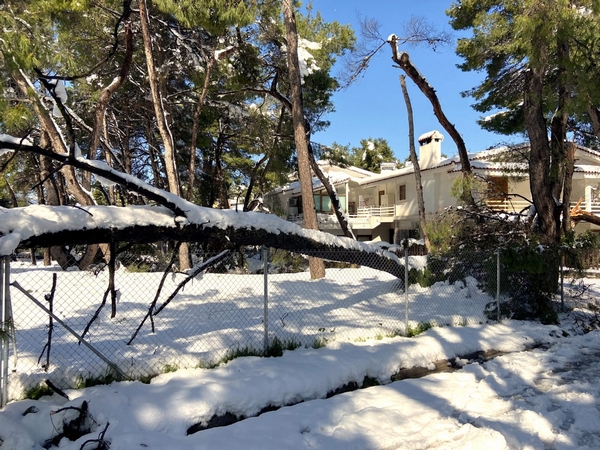 The snow caused some issues in terms of transport, Nafpliotis explains. “The main problem was in the logistics, since the National road was blocked and Greece was “cut” in half: there was no way to travel from North to South or vice-versa. On the production side, the business was not affected immediately. However, due to the very low temperatures all over Greece and the fact that two weeks ago temperatures were back to 20 degrees C+, there were serious damages afterwards in some crops.”

Naturally, some fruits were going to be affected by this snow storm. Nafpliotis states that peaches and spring potatoes will see lower production this season because of the storm: “The early variety of peaches were hit by the frost during blossoming. As a result, we expect to have very limited volumes until mid-June, when the main mid-varieties will start. The latter are also estimated to have a 15-20% reduced production. For spring potatoes, it is estimated that the recent frost has resulted in a loss of about 20-25% of the open field early production that usually starts in mid-April, and it is the main export period.”

Currently Greek & Fresh is working with his longtime partner Labidino on the strawberry season, of which the first big production wave is expected to arrive soon. Nafpliotis states that his company is optimistic on the season due to solid demand. “The new strawberry season started at the end of November. We are now approaching the first big production wave, which is expected to start in w12-13. There is optimism about the sales, since demand has been continuously bigger than the supply from the end of December until now. We expect a better balance towards the end of March as supply will increase, as well as availability from Spain and Italy.”

The strawberry season will not be without its challenges though, and Nafpliotis acknowledges this. For one air freight needs to return to an acceptable level, he claims: “We’re facing two major challenges for the upcoming season. First, to restart the export of air shipments to our clients in Asia and the Gulf, in the midst of limited flight availability and higher than usual freight rates. So far, we have already made a program for March, and we are optimistic that the situation will further improve in April and May, as the demand for Greek strawberries in typical higher during that period, and there is usually better flight availability.” 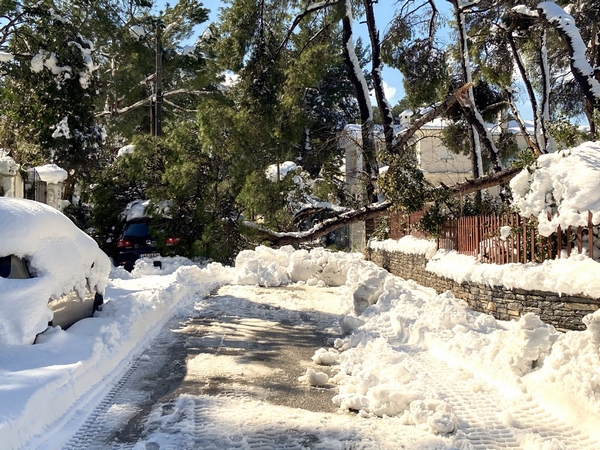 “Another challenge is to establish more direct business with major supermarket chains. In my opinion, the biggest impact of the Covid to the food business, has been the increased importance/role of the retail channels. Given that we still far from over when it comes to Covid, the supermarkets will continue to have an increased role in the sales of the perishables.”

The production of strawberries has increased over the past year, which Nafpliotis contributes to the increased demand for the soft fruit from Greece: “The Greek strawberry sector has strategically chosen to increase its production by approximately 15% compared to last year, and it is expected to grow similarly in the coming year too. In the last 3-4 years, we have seen an increased demand for Greek strawberries all over Europe, which is attributed to reduced production from Spain, not only due to the unstable weather conditions, but also due to their industry restructuring towards the cultivation of more soft berries (blueberries, raspberries, blackberries), than strawberries.” 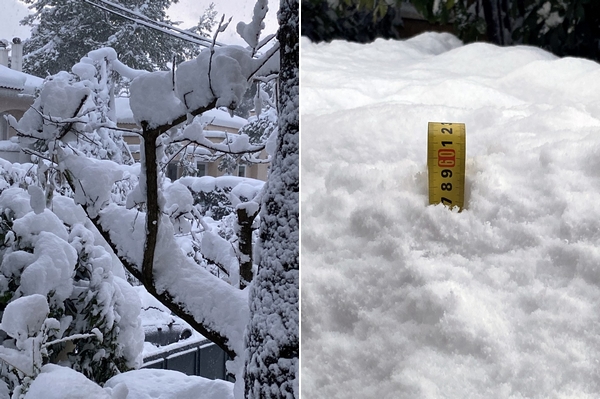 “Another cause of the increased demand is that major buyers are looking towards Greece as alternative production source in order to reduce the supply risk, in light of the climatic instability. This trend has also extended to the leafy vegetables and the broccoli. Also, in the last 4-5 years, Greece has greatly reorganized its varietal strawberry structure: Camarosa which used to be the main producing variety (share of 60-65%), is now at just 6-7%. The leading variety is now Victory which represents about 60% of the total plantations, followed by Fortuna 20-22%. These two varieties are much appreciated globally, and this gives Greece a production base that is much more suitable for export, than in the past.” Nafpliotis concludes.