New Zealand's peak stone fruit body says while the industry has suffered from labour shortages over the harvest season, there were a large number of students who helped with the cherry picking during their holidays.

Chief Executive of Summerfruit NZ Richard Palmer told the ABARES Outlook 2021 conference that growers were fortunate that the timing matched up with when students needed the work, although the productivity was slightly down.

"The Summerfruit NZ team worked hard to connect with New Zealand worker cohorts; university students, the motor caravan association, international student associations - for us no cohort group was off the table," he said. "We picked the 'Hand Picked Crew' as the basis for our messaging. Naturally, we had to work to change some of the growers' expectations too, including encouraging growers to lift wages and bring in new accommodation options. Like it or not, we had to compete for labour with better conditions. We were lucky with our timing in having students and other holiday workers available. We were generally pleased that at the start of harvest growers had sufficient workers. Simply we had little option, other than to get cracking, as the alternative of not harvesting our income source would have been untenable." 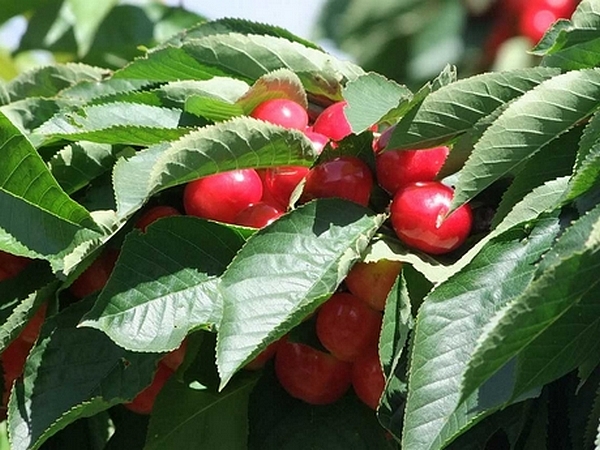 Borders have been closed for almost a year in both Australia and New Zealand, with governments heavily regulating who is allowed in and out of the countries. Among the groups affected are backpackers, which often make up the bulk of the horticulture workforce in heavy peak seasons. While some workers are currently being allowed into New Zealand under the Recognised Seasonal Employer (RSE) scheme, Mr Palmer says that growers are wearing all the costs.

"They are paying for quarantine, wages for the time in quarantine, and paying minimum wage," Mr Palmer said. "The costs for us, just for quarantine is NZ$5,500 per worker then about $1,500 for wages. Their contract for the year is a minimum of 30 per week. Our government was clear that no further deductions for increased travel costs over and above a normal year could be passed to workers. We are about $7,000 per worker at the point of exiting quarantine. They are here for seven months, which is the current deal."

Gavin Scurr, Managing Director of Piñata Farms, which farms in seven locations in Australia from Tasmania to the Northern Territory, as well as North and South Queensland. It produces pineapples, mangoes, strawberries and raspberries, with harvests taking place across the business every week of the year.

"Some sites are still seasonal, which causes massive differences in labour requirements on a week to week, and month to month basis," Mr Scurr said. "For instance, our mango farms typically have 3-4 permanent people there that run the crop for 11 months of the year, then we need 120 people to harvest and pack the crop during the 3-4 week harvest period. Berries are a similar story, with 3-4 people that can become 300-400 people in the 3-4 month harvesting season. Pineapples are a longer season and more stable, but it is not unusual to need 3-4 times as many people in some months."

Mr Scurr admits with the limited workforce he has had to prioritise harvest activities, and only if there are enough workers, they can carry out other tasks like maintaining the crop and planting. He says that this is not just having a financial impact on the business, but also an emotional toll on the long-term workforce as they have to see their hard work go to waste because there are not enough people to harvest it on time.

"What this has led to has been a reduction in the number of plantings due to not having enough labour to get the ground ready or to plant that crop, let alone have enough confidence that we are going to be able to harvest it in the future," he said. "We left more than three million punnets of strawberries to rot in the field here on the Sunshine Coast at the back end of our season last year, in September-October. We left around 400-500 tonnes of pineapples in the field in December when the mango industry is picking in Mareeba at the same time. So, we lost a lot of our workforce to mangoes because they were just looking to do something different after picking pineapples for so long - it is easier work as well. We have lost raspberries in Stanthorpe for the same reasons. So, yes, we have definitely had to leave some of the crops in the field."

Mr Scurr says several of his staff members are on stress leave, due to the strain that they have been under and notes that "this is only going to get worse because we have not turned the corner yet" and that "the longer this goes on, the harder it will be to get back to what we see as normal production".

Seasonal workers are vital for horticulture productivity and numbers need to increase
Mr Palmer notes that Pacific Islander workers need the income from the fruit and vegetable harvests in Australia and New Zealand too, given that their countries have been shut down and rely so heavily on tourism, which has not been forthcoming during the pandemic. Also, other cohorts that have come into the industry to fill the labour gap, have not been as productive.

"We have got challenges now with the remaining workforce under increased pressure to stay and work, but also to increase the remittance (that is sent home), leaving them out of pocket in New Zealand," he said. "We have cemented the understanding that our traditional workforce; backpackers, RSE Workers and other seasonal workers are productive. We have learned that RSE workers do want to work in New Zealand and their remittances are crucial to Pacific Island communities - it is also important to us. So, it is a win-win and we must preserve that." 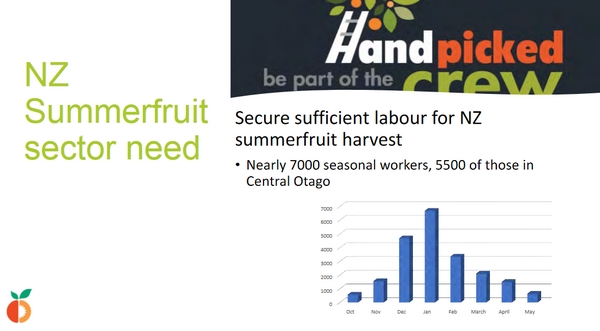 Piñata Farms have found that Australian citizens have become less willing to do this work on farms, so fruit and vegetable producers have had to become reliant on foreign workers; firstly, backpackers and then seasonal workers. Mr Scurr says he has employed more than 600 Australians in the past few months, but few have lasted more than a week because they are not willing to do the work, especially with government benefits and how far the farms are away from the cities. While he sees it as a vital step for the government to close the international borders to stop the spread of the pandemic, the reality is that backpackers have gone home, and seasonal workers who have stayed are going to have to return to their families eventually.

"They have become very experienced, very efficient, and get a lot of work done," he said. "However, due to having to find work for them for a minimum of five months to make it work for them and us and up to nine months, it works for us as a base for our labour force. We shift them between sites for our business. We still need a transient, shorter-term workforce to do the peaks of the season in each region. This is where backpackers have become crucial, and it is not uncommon for us to have a couple of hundred backpackers for the peaks of any given season. But a lot of them have gone home and there are none coming into Australia. This has made us more reliant on seasonal workers who have stayed."

He added that industry statistics show that producers need around 20,000 seasonal workers just to begin to curb the problem, although much more is needed before farmers can become comfortable.

"With the lack of seasonal workers and backpackers, we have had a serious reduction in productivity of our workforce," Mr Scurr said. "We are finding a lot of inexperienced, unmotivated people who are working on our property and it is not unusual for us to have a decrease of 30 per cent in some crops due to the inexperienced workforce that we have. That has a direct relationship to our costs." 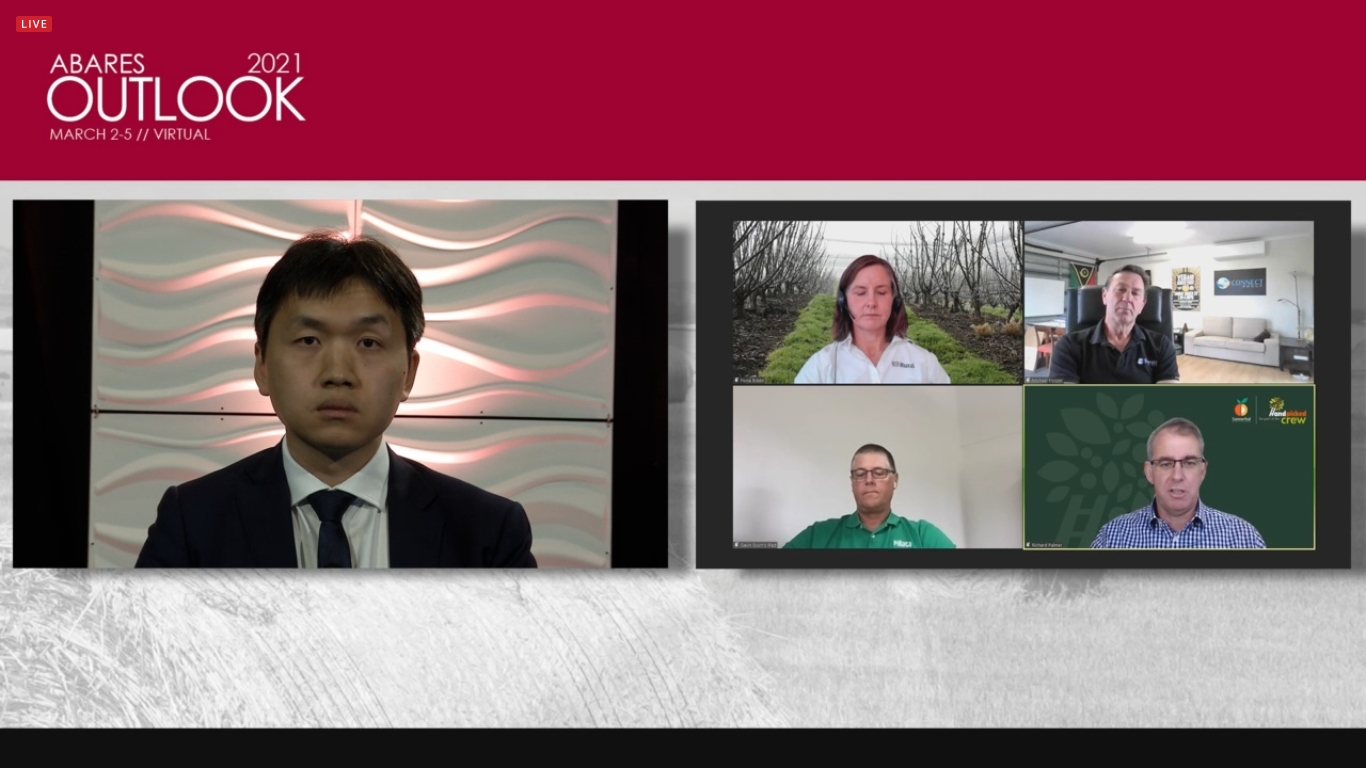 The third-generation fruit grower believes that a multi-pronged solution is needed from the government, particularly the quarantine aspect. He has suggested that some on-farm measures, or dedicated large-scale facilities, could reduce the bottleneck to get them into the fields quicker.

"There is no single silver bullet that will fix this for us," Mr Scurr said. "The priority is to actively re-open the seasonal worker program. We need to sort out the practical quarantining of those workers. We desperately need to bring in 20,000 to arrest the issue, but while we are doing trial flights and bringing in a few hundred at a time, the situation continues to get worse. Another step is getting more backpackers or a harvest visa from a specific (low COVID-risk) countries because I know we can't just open the borders to anybody, but if we could get a specific visa from somewhere like Taiwan where people have experience."