Supplies of strawberries are peaking right now out of Florida.

“We’re picking half a million boxes a day in Plant City which is peak. I think the volume is about the same as last year,” says Robert Wilhelm of Bova Fresh LLC in Boca Raton, FL. Wilhelm notes that Florida generally wraps up production around the third week of March (last year Bova finished March 23). “We’ll see depending on the heat and the rain how long we can go,” he says.

To date, Florida has contended with colder temperatures throughout December, January and even into the beginning of February. “So, we were off quite a bit on volume compared to last year but we’re starting to recover some of that now. Hopefully we’ll hit our numbers by the end of March,” he says. 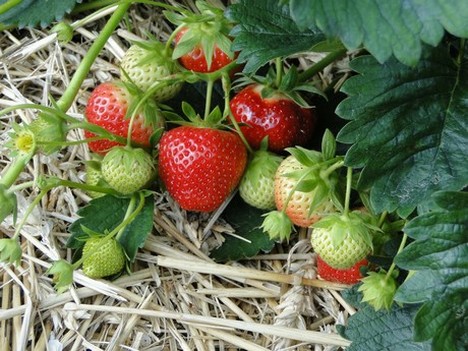 Other regions shipping
Along with Florida, Mexico is also bringing fruit across the border via Texas as well as the Baja. “And the California deal is also ramping up in Santa Maria and Oxnard, so there are going to be a lot of strawberries coming,” says Wilhelm.

Meanwhile demand has been good for the popular fruit. “This week we’re seeing demand taper off a little bit because there’s so much fruit everywhere,” says Wilhelm. “But we still have a lot of big ads in place so we’re keeping our cooler clean and not really carrying any fruit right now.”

Pricing has also started to shift as a result of more product coming onto the market. “The price was kind of steady until this week when we started picking up volume. So, we’ve dropped quite a bit in price. But that’s expected and it’s where we’re at every year this time,” he says. He adds that spot market pricing is seeing a big spread right now with berries going as low as $8 and as high as $12.90.

Looking ahead, volume will continue to build and ads continue to run to move product. “And I think the price will stay where it’s at in the next three weeks,” says Wilhelm.