The Guatemalan mango season began the last week of February and is expected to run until the first week of June, with a projection of approximately 4 million boxes. The 2020 season was cut about four weeks short due to the pandemic, resulting in 2.8 million boxes, or about 20 percent less volume than projected. From 2015 to 2019, the average shipment from Guatemala was about 3.8 million boxes. 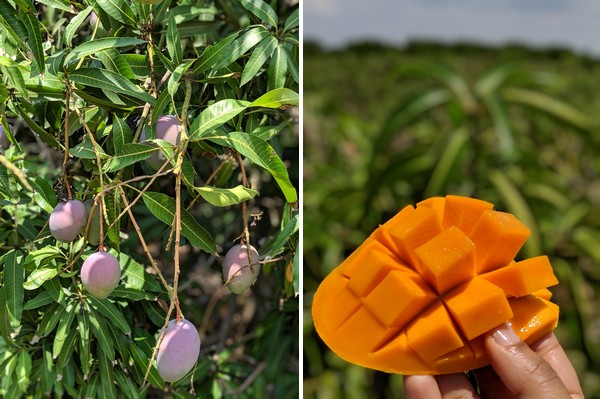 The Guatemalan mango season began the last week of February and is expected to run until the first week of June, with a projection of approximately 4 million boxes.

“We usually see numbers around 4 million total boxes for Guatemala in any given season,” said Manuel Michel, NMB executive director. “Since the 2020 season was impacted by COVID-19, it will obviously have an effect on year-over-year numbers. But when looking at the averages, our 2021 projection of 4 million boxes is very much comparable to what we usually see.”

Peru and Mexico are currently harvesting, packing and exporting. The Peruvian season is projected to be about six percent lower year-over-year, while the Mexican season (through the end of June) is expected to be about 14 percent higher year-over-year. Mexico’s 2020 mango shipments were also affected by the pandemic during the months of March and April, but the 2021 mango volumes during the same period are projected to be normal when compared to prior years.

“We encourage anyone who is interested in learning more about mango crop projections and shipment information to subscribe to the weekly Mango Crop Report via our website,” Manuel said. “This report provides information about volumes, varieties and shipments from main producing countries to the United States.” The Mango Crop Report is now available both in English and in Spanish.