The import season for 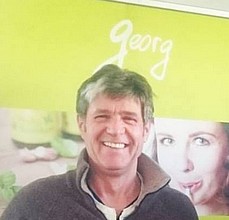 organic Hokkaidos is currently in full swing. "By the end of the month, the total volume from Egypt, our main sourcing country, will be around 900 tons. That's about twice as much as last year," says Georg Thalhammer (r), a specialist organic wholesaler based in Steinfeld, Bavaria.

Thalhammer is extremely satisfied with the course of the import season so far, he says. "Egyptian organic Hokkaido is suddenly gaining in importance in all areas of the trade, whether in natural food stores or discounters. From my perspective, demand will continue to increase next year." Meanwhile, he said, the volumes to be marketed have been relatively tight since the start of the Egyptian season in late January. "Because of this, we are looking to bring the season forward in the coming years and extend it out the back - into May, for example."

Expanding storage capacity
Complementing the organic Egyptian produce, imports from Chile and Argentina will arrive in mid-March. Spanish batches will also be offered between the end of April and June, before the first domestic organic Hokkaidos hit the market from mid-July. Thalhammer says, "We are now expanding our storage capacity for domestic organic Hokkaidos, so we can offer German stock for longer." Until now, he said, German organic pumpkins were generally sold out by Christmas.

Due to lockdowns and Corona restrictions, 2020 will be remembered as an absolutely exceptional year, Thalhammer says. "At the beginning of the pandemic, sales exploded and so did the prices. More Hokkaido pumpkins were marketed in March than usual." 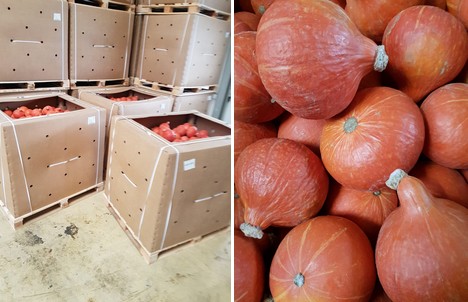 Not just Bioland produce is enjoying increasing demand in grocery stores, but Demeter Hokkaidos as well.

Butternut: challenging to grow, popular with retailers
Although Hokkaido remains by far the most popular edible pumpkin, the organic wholesaler also sees some growth potential for the other pumpkin varieties, such as butternut. "Our Egyptian growers have already successfully grown smaller quantities of butternut. This pumpkin variety has a longer cultivation period compared to the Hokkaido, but is increasingly in demand in terms of sales." 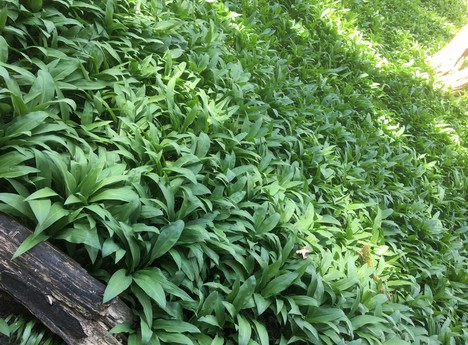 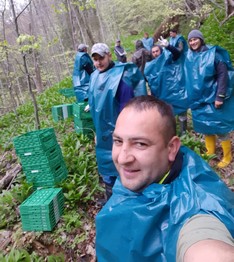 addition to the business of pumpkin imports, Thalhammer is looking at marketing native wild garlic. The first batches are expected by the fourth week of March at the latest, they say. "We see a positive trend developing with regard to organic wild garlic. The domestic organic produce is even listed at discounters for the first time this year. Within the online trade with private buyers, fresh, domestic organic bear's garlic is well received as well."