After the successful launch of their first television ad campaign “Anytime is Avotime” in late 2019, Avocados From Mexico is back in full force with a brand-new marketing approach featuring even more avotime. Developed by Sopexa Canada, this creative multi-channel campaign is anchored in the fundamentals of the AFM brand: encouraging Canadians to take advantage of the nutritional benefits and the versatility of Mexican avocados.

“As leader in the category, with 95% market share in Canada, our priority is to drive category growth through the expansion of consumption occasions, 'avomoments,’ throughout the day. Consequently, the key challenge for the new creatives was, how can we make the message go beyond the graphic idea and create a human connection? We wanted to develop an iconic campaign to personify the brand and return to our brand's roots in a playful way,” says Miguel Barcenas, Strategy and Marketing Consultant for APEAM. 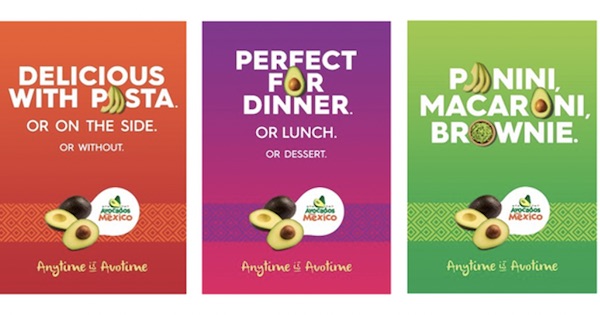 “With this in mind, Sopexa Canada developed a campaign that is designed to celebrate the notion that avocados can make any moment more special. These universal moments depicted in the campaign, along with the iconic Avocados From Mexico jingle, will be able to resonate with our Canadian consumers,” adds Fanny Severy, Senior Account Manager at Sopexa Canada.

This campaign represents a broad use of video across television, digital, social media and creative integrations on a national level. With a building strategy to create new associations with avocados, the campaign adds a touch of humor to the brand’s traditional ads by turning relatable moments into Avomoments.

The campaign is launching with 3 different 15-second TV spots, a range of online video adaptations, static and video content across AFM’s digital channels and additional creative media integrations. The campaign will be live and in rotation across the country until early April.

Additional campaign elements and media creativity
For an experiential dimension, Avocados From Mexico has partnered with TVA Sports for a first-of-its-kind TV banner integration during the Montreal Canadiens games broadcast on Saturday nights. The exclusive campaign content features a live execution of a side banner that appears when a penalty is called and lets the audience know they have 2 minutes to go make their guacamole.

From network cable, national broadcast and online video channels, the all-new Anytime is Avotime campaign will be featured in top-rated programming on conventional networks and on lifestyle channels related to cuisine, sports, home improvement and entertainment-interest. The campaign will also include digital programming on Quebecor and CBC online properties. To extend the campaign's presence, the new visuals will also be featured on the brand’s social media, along with in-store activations through retail partners.