Musang King harvested for the first time in Thailand

MAFTA is a Thai fruit trade association that brings together young and experienced entrepreneurs in the industry. The organization is committed to gathering the strength of the industry, responding to the complex international situation, accurately positioning the market, and bringing fresh and delicious Thai fruits to consumers. 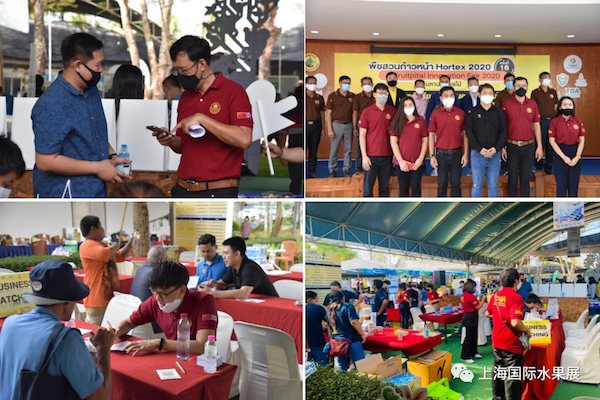 We had an interview with Shen Ling, the spokesman of MAFTA.

Q1: "Durian is known to be the king of fruits. Thailand is geologically long and narrow in the north and south, so where are the main producing areas, what are the varieties, and when does the fruit ripen?”

Shen Ling: There are two major producers in Thailand. One is the east (the largest three provinces are Chanthaburi, Taalak, and Rayong). Although this area is small, it produces 40% of the durians. Another area is the south (Nakhon Sri Tammarat, Yala), whose production is similar to that in the east, but the planted area is larger, so the production should be able to grow soon.

The varieties seen in China are Monthong, Chanee, Puangmanee, Gradum-tong, and D158. In fact, there are other varieties but the production is small so they are not very common.

Q2: "Monthong is the most popular variety among Chinese consumers, thanks to its rich and thick flesh. But what are the varieties that Thai consumers favor?”

Q3: “Frozen Musang King from Malaysia is smaller in size than durians from Thailand, and is sometimes more expensive. Some consumers say Thai durians are for people who just want to taste the fruit and Musang King is for foodies. Do you agree with this? Is Musang King grown in Thailand?”

Shen Ling: At present, there are not many growers who grow Musang King in Thailand, because they are still holding a wait-and-see attitude and are not sure about its future. Most are still in the early stage of planting, but I heard that this year is the first year that Musang King is harvested in Thailand.

Q4: "In recent years, durian prices in China have been rising. A box of 5 pieces fetches the wholesale price of 1,000 yuan. Is this a good thing for Thai durians? Does this show the value of durians? From a long-term perspective, is this price sustainable, and what led the price to be so high?"

Shen Ling: The rising prices are mainly a result of short supply. As I mentioned earlier, it takes 5 years for durians to start bearing fruit, so the current pricing pressure needs time to relieve. Moreover, the production last year was quite large, and the staged harvest period was long, so the market price failed to drop.