In New Zealand, a Nelson apple company is hoping a new product will bring a ray of light out of the gloom brought on by the Boxing Day Hailstorm. This weekend, Golden Bay Fruit launched its new “Stormy Fruit” brand, comprised of apples which suffered cosmetic damage in the hailstorm but were otherwise unaffected.

Golden Bay Fruit chief executive Heath Wilkins stated that while the company had been considering the concept for several years, but now, the hailstorm had significantly increased the amount of fruit that would fall into the new product line. 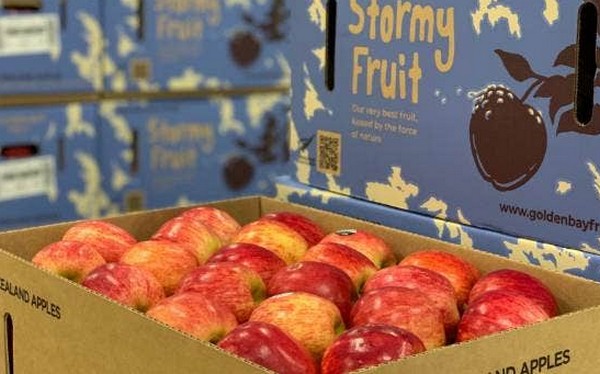 He said that most of the fruits were severely damaged by hail and must be removed and discarded immediately, but some fruits just had small dents on the surface. Wilkins said although the quality of this fruit was still very high, cosmetically it didn’t meet class 1 standards for exports.

“While the fruit is cosmetically different, it tastes the same with the same nutritional qualities – it's still a great New Zealand apple. It doesn't just have to be hail damage, it could be branch rub, sunburn, a small bruise – just fruit with slightly higher cosmetic issues.”

According to stuff.co.nz, Wilkins said up until now growers were effectively throwing this kind of fruit away, sending it away to be juiced or selling it for stock food for little to no return.