Two traffickers who tried to smuggle £32 million worth of cocaine into the UK in 2016, have been jailed for a combined 36 years. They attempted to bring in the drugs inside root vegetables.

According to the National Crime Agency, Juan David Perea Lopez and Bashar Fares Al-Safee arranged the importation of 400 kg of the class A drug – which was concealed inside a shipment of yams from Costa Rica. They were sentenced at Southwark Crown Court on Friday, with Al-Safee, of north Kensington, west London, getting 21 years in prison and Lopez, of New Cross, south London, sentenced to 15 years, said the NCA. 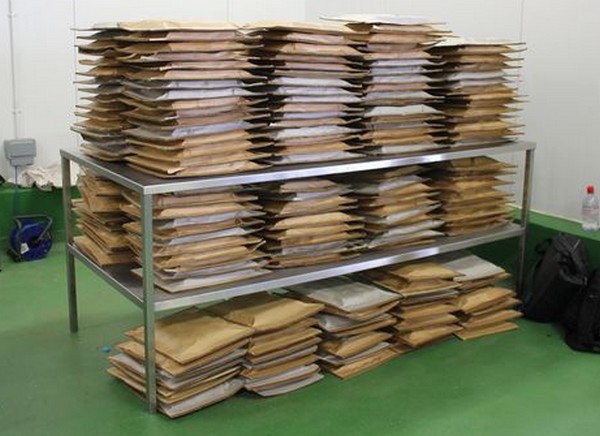 They were convicted on Thursday following a seven-week trial after being charged with conspiracy to import and conspiracy to supply Class A drugs, said the agency. The container arrived from Costa Rica to the London Gateway Port in Essex in June 2016, and was due to be delivered to an industrial estate in north-west London, it added. A number of boxes had false bottoms stuffed with compressed blocks of cocaine powder, which had a purity of 61% to 68% after being cut with a deworming agent called Levamisole.