Legal proceedings underway against the company

Trail of rancour left by CapeCrops

For Richaard Lingenfelder it is still upsetting to talk about his single season of doing business with CapeCrops. “I’m a farmer between Villiersdorp and Grabouw, growing apples and pears on Arendsig farm, next to the Theewaterskloof Dam. I lost around R1.35 million when I sold apples to Ebrahim Essack of CapeCrops in 2018 on credit.”

He says he soon realised that he wasn’t the only one, that there were a lot of other producers with complaints against the company (he knows of 22 other producers and packhouses with similar complaints, he says) and according to him, the pattern is always the same: initially the payments go smoothly and then later in the season cash flow problems start. “In our case they never paid for the last five containers of Granny Smith apples they got from us.”

“That was the first and the last season we did any business with them,” Richaard says. “I described on Twitter what had happened, and they threatened me with legal action but I told them I stand by my account. If I lose my farm it won’t be without a fight. I know I’ll never see that money but I can prevent this from happening to other farmers.”

FreshPlaza has since last year received a number of complaints of non-payment levelled against Ebrahim Essack and his son Uzair, of F&E Distributors, trading as CapeCrops.

Uzair resigned as director from F&E Distributors last year; he says he has since gone his own way with his company Riyp. He claims that he and his father are not on speaking terms anymore and that his father has no involvement in Riyp, which initially was a division of CapeCrops. 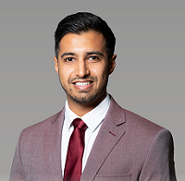 In his response to a request for comment for this article, Uzair Essack writes: “Based on this [resignation of directorship], I had no control over the company’s operations, creditors and/or debtors after this date [March 2020] and just before this date (while awaiting the resignation to get processed). While I was director of this company, the business was liquid and profitable. However, I had no influence on the business's liquidity and/or payment allocations once I had resigned.”

Some of the allegations levelled against the company (among them those now tested in the courts) date back to 2018 and 2019.

According to the Companies and Intellectual Property Commission register, Uzair Essack was registered as a director of CapeCrops (and Riyp) in 2015. 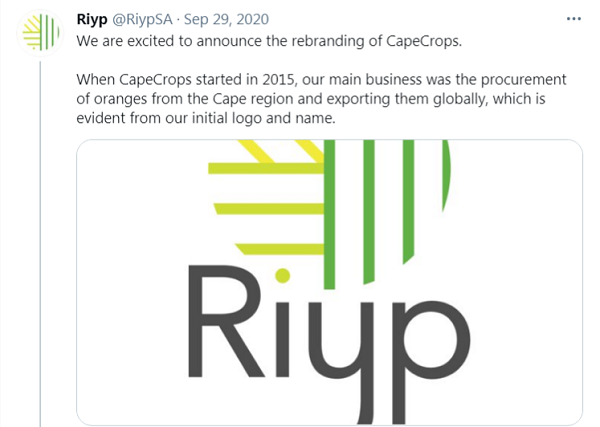 Announcing the rebranding of CapeCrops in September last year. The logo depicts an aerial view of an orchard (source: Riyp Twitter account)

Claims of tens of millions in outstanding payments
F&E Distributors trading as CapeCrops is believed to be indebted to a number of creditors. A figure of R20 million (1.13 million euros) has been mentioned by one party engaged in legal proceedings.

Lyndsay Roux of FabFresh reckons the bad debt within the total industry left behind by F&E Distributors, trading as CapeCrops, can run up to R40 million (2.26 million euros) to R50 million (2.8 million euros).

To this claim, Ebrahim Essack replies: “It’s nothing of the sort. It’s nothing more than about six to eight million [Rand; 337,500 euros to 450,000 euros].” He adds that he himself is owed large sums by creditors and for insurance claims.

Lyndsay says she first became aware of the company when irate Bangladeshi importers started calling her to hear what had happened to the containers of oranges for which they’d allegedly paid R430,000 (22,5000 euros at that stage) but that had never materialised. (By the time of publication FreshPlaza hadn’t been able to make contact with the Bangladeshi company nor a buyer for them in Cape Town.)

Lyndsay explains that she started investigating and, according to her, Ebrahim Essack had sent the Bangladeshi importer a list of the fruit he ostensibly had to sell, complete with photos of branded cartons of companies – like FabFresh – who had not given him permission to market their fruit.

“When the fruit never arrived, the Bangladeshi traders looked at the photos on the list and contacted me through our website, saying: where is our fruit? And that’s how I became aware of CapeCrops.”

To the allegation set out in the widely-circulated emails, Ebrahim responds that they arranged a refund for the buyers but “we took the loss in the end”.

CapeCrops alleges prejudice
Ebrahim Essack says that since he started in 2015, being Muslim and Indian within a predominantly white industry, he has always been treated with suspicion by farmers. He claims growers always insisted on cash upfront whereas other exporters would be given more reasonable payment terms.

“The biggest problem is that every time we wanted stock from the farmers we had to pay upfront,” he states.

FreshPlaza put this claim to a number of farmers who had supplied CapeCrops with fruit and now allege losses. Most counter that they did agree to terms of payment (for instance 50% or 70% in advance and the balance at a period after the load-out date).

Richaard Lingenfelder points out that he gave them the five containers of Granny Smith apples on 100% credit (ironically, he remembers, they packed those containers overtime to fill the order).

“You’re cautiously optimistic about any new exporter who comes to you. You give him a chance, regardless of colour or background. There’s a place in the sun for everyone. You want to believe everyone is honest.” 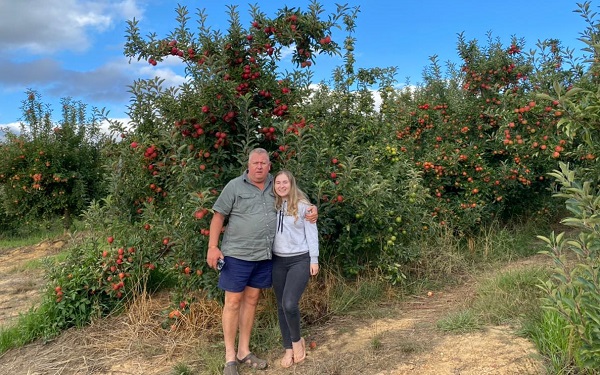 Recurrent problems with quality
All of the allegations seem to follow the same version (as many respondents point out): initially payment would be swift, and then payments become more irregular and cash flow problems are mentioned. Non-payment would in many cases be explained by severe quality problems, but, according to the allegations brought to FreshPlaza’s attention, these problems are only mentioned weeks, sometimes months later.

Ebrahim Essack says that CapeCrops was acutely affected by last year’s shipping delays caused by Covid, resulting in short shipments or delays between South African harbours or at international harbours running up high storage and demarrage costs for him, and causing the company’s quality disputes with growers and exporters.

They have not received any assistance to trade their way out of their current difficulties, he says. “If it weren’t for Covid we wouldn’t be in this situation.”

And indeed, hundreds of photos and videos of claimed quality defects (dating back to 2018) have gone back and forth between F&E Distributors trading as CapeCrops and those with whom they did business.

Ebrahim Essack declares that CapeCrops always sent photos of quality problems within 48 to 72 hours of opening of the container. Richaard emphatically denies this. “After months of being promised payment every week, I consulted legal advice and that was the first time that he mentioned the quality problems.”

Richaard expresses his misgivings regarding the veracity of the photos, provided by CapeCrops, ostensibly showing the quality defects of the Granny Smith apples.

“And what’s odd, is all through the season Mr Ebrahim Essack took all of our varieties, packed at the same packhouse and there’s never a quality dispute," he says.

"In fact, after the Granny Smith shipment he wanted Pink Lady apples as well but I told him he'd first have to settle the outstanding debt. The quality issue always emerges right at the end, when he has to settle the final debts.”

Legal proceedings against F&E Distributors t/a Cape Crops
Epic Fruit Exporters and Grown4U are currently busy with a case of liquidation that will appear before the Western Cape High Court on 2 March. Ebrahim Essack has confirmed to FreshPlaza that he would not be opposing liquidation.

There are other legal proceedings also underway against F&E Distributors; the parties involved in other legal actions have elected not to speak on the record.

Richaard is one of those who has taken F&E Distributors (trading as CapeCrops) to court for the money he has been owed since 2018, and he has as yet received no succour 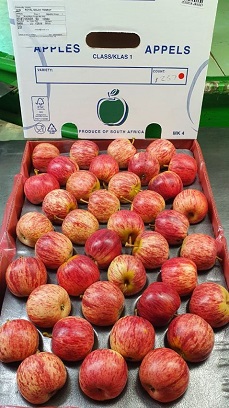 “It’s unbelievable how they sidestep all of the legal action,” Richaard says. “What they do with everyone is to declare a quality dispute on the last containers. They've done exactly the same thing with all of the producers who’ve had dealings with them. In the fruit industry, scoundrels hide in these grey areas of quality problems when they’re under pressure."

He continues: "We’d been thinking our case against them was watertight but on the basis of this sudden quality dispute that they presented to the judge, the judge said he couldn’t let the case proceed until the dispute is solved. And if we then lose the case, we have to pay their legal costs. They use this as a threat against us: that if we lose, we’ll have to pay their legal costs. At the end of the day you’re already sitting with your own legal costs.”

It is difficult for a small business to withstand such a blow, he says.

“As a farmer it’s tough for us to survive and incidents like these can take your business away from you but I will speak out, I’m not afraid,” Richaard concludes.

Ebrahim Essack says that he has since left the fruit trade. That is disputed by others in the industry who claim to have recently seen him at a national fresh produce market and visiting farms in the Cape.

The Fresh Produce Exporters’ Forum last year sent out a note inviting their members who might be “considering doing business with F & E Distributors, (trading as CapeCrops) and/or Ebrahim Essack” to first contact FPEF’s CEO or Snyman Kritzinger of Grown4U.

Neither CapeCrops nor Riyp is a member of the Fresh Produce Exporters’ Forum.