CBP officers seize about 12,000 Lbs. of marijuana, worth $27 million, within a shipment of papayas

U.S. Customs and Border Protection (CBP) officers at the commercial facility at the Otay Mesa port of entry seized more than 12,000 pounds of marijuana found commingled within a shipment of papaya hauled by a tractor-trailer rig, with a street value of $27 million.

At about 5:45 p.m. on Monday, a 50-year-old male Mexican citizen arrived at the Otay Mesa port of entry as the driver of a truck hauling a trailer with a shipment manifested as fresh papayas. The CBP officer referred the driver along with the conveyance to the port’s X-ray imaging system. 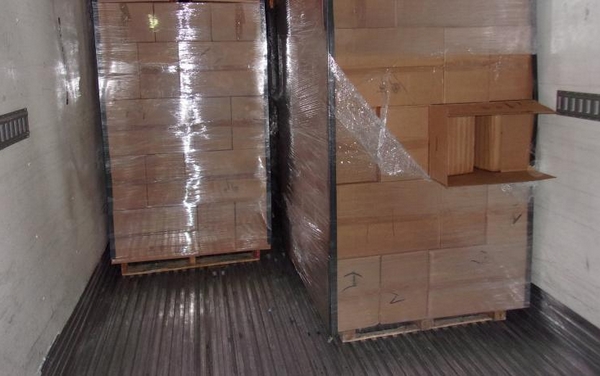 “CBP officers are vigilant to stop those who intend to do harm in our communities and at the border, as they attempt to enter the U.S.,” said Anne Maricich, Acting Director of Field Operations for CBP in San Diego. “Their enforcement efforts and experience are put to the test regularly, and the results are phenomenal as their focus is always to protect this country.”

During the inspection, a CBP officer identified anomalies within the shipment during the X-ray inspection and referred the truck and trailer for a more intensive examination.

Prior to off-loading, a CBP narcotic detector dog was utilized to screen the shipment and immediately alerted to the shipment. CBP officers searched the commodity and discovered 873 wrapped packages of marijuana mixed with the shipment of papayas.

CBP officers turned the driver over to the custody of agents with U.S. Immigration and Customs Enforcement, Homeland Security Investigations (HSI) who later transported him to the Metropolitan Correction Center (MCC) in San Diego. CBP officers seized the truck, trailer and narcotics.