Texas wasn’t the only state hit hard by the winter weather this month. Louisiana, while it didn’t see the snowstorms Texas did, saw temperatures well below freezing. For the strawberry growers who are concentrated around the southeastern part of the state, this has caused some losses, but since the season hasn’t yet fully started, this will likely only result in a delay of the start of the season. 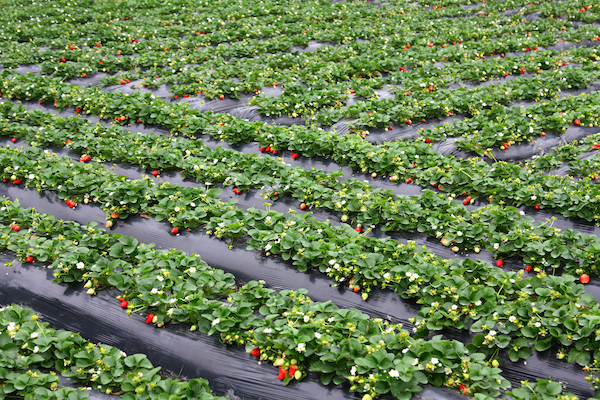 Some losses in the fields but covers protected the crop
Eric Morrow of Morrow Farm, located in Ponchatoula, Louisiana, says: “Some of the northern parts of the state got snow, but here in the southern parts we just got the low temperatures. For us it got down to about 21 degrees, which is very cold for this region.” Fortunately, Morrow was able to protect his crops through coverage. “I went out and bought new covers and covered the strawberries and it looks like it worked. We just took off the covers today, and it looks like we were able to save about 75-80% of the blooms, and all the green fruit that was out there all looks like it pulled through well,” Morrow adds.

May avoid gap around Easter
William Fletcher of Fletcher Farms also covered his crop. He shares that his season will likely have a delayed start but that he’s not worried: “The cold was worse than it has been in a while, but we have seen worse,” says William Fletcher of Fletcher Farms. “We probably lost about half of the blooms, 75% of the ripe fruit and a third of green fruit as of today. But the temperature is back up to 80 degrees now, so more blooms will come. The strawberry season hasn’t really started yet in February, it starts in March usually. So, the cold snap will delay the onset of the season a little, but we’re not worried about it. Usually, we have a bit of a gap in the season around Easter, and with the delayed start we might avoid that this year,” he concludes.

LSU AgCenter horticulture agent Mary Helen Ferguson said that the overall damage also depends on the number of covers used by growers. “If you use two covers of the type most of our grower use, it will give you roughly 10 degrees of protection. Since the strawberry blooms can survive down to about 30 degrees, and the temperature got down to about 20 degrees, I think growers who used the two covers are seeing minimal damage,” she explains. She also shares that some growers have already been harvesting their strawberries since November. “Most growers have been harvesting for a while. So, I wouldn’t necessarily say it’ll be a delayed start of the season in March, but more like a delay of the peak of the season. About a month from when the cold hit is when what were then open blossoms would have been ripe strawberries, so that is when we’ll see some lower volumes,” she concludes.