Specialized import company disFruta LLC, that has locations in Wuppertal and Venlo (NL), will be celebrating its 10th anniversary in May. Over the years, the company has been able to develop from a modest wholesale operation into a fully-fledged service partner for wholesalers and retailers. The trademark of the company is still the trade with Turkish fruit and vegetable products from local contract farming. This will remain so in the future, says managing director and company founder Ersan Yildizak. But some internal changes are being planned.

disFruta was founded in 2011 when Ersan Yildizak returned to Germany after staying in Turkey several years. "At that time, I had already been working in the fruit industry for about 25 years and so I had a large distribution and supplier network. Based on that, I then decided to start a new company in Germany." 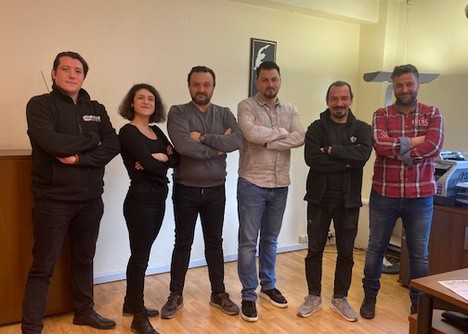 Part of the staff of the company disFruta LLC
(picture taken pre-Corona).

Specialized service company
Direct import and distribution of selected products - such as cherries, figs, melons, grapes, citrus, pomegranates, quinces and pears - from the two source Spain and Turkey has been the hallmark of the family business from the very beginning. "Everyone should do what he can, in this respect the restriction of our product selection was a conscious decision. Spain and Turkey also complement each other very well in several respects. Figs, for example, thrive predominantly in Turkey, and in the case of pomegranates, the Spaniards tend to produce sweeter fruits, while slightly tart varieties grow in Turkey. Also, the two campaigns overlap, which is how shortages can be offset." 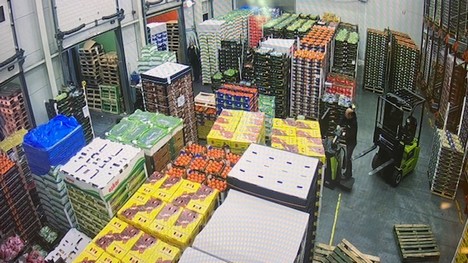 Fresh produce in the receiving department

This year's season is now slowly coming to an end, with the last imported produce expected to arrive in early March. "It is not Corona that has led to fluctuations in the availability of goods, but the weather at the production areas. We had to deal with a noticeable oversupply until recently, but the situation has since returned to normal." The annual change of season is also heavily dependent on the weather, he said. "Last year, we were able to start the new season seamlessly because of the early start to the harvest. This time, on the other hand, there will be a short-lived gap until the end of April, when the first watermelons of the new season are shipped." 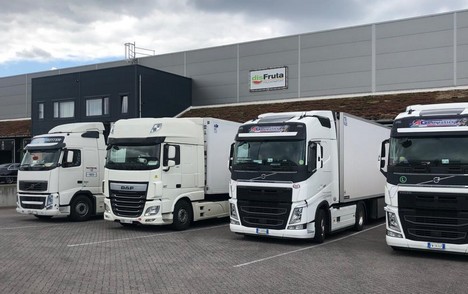 Outside the hall at Fresh Park Venlo.

Fruit logistics from a single source
The company has been able to grow from a modest fruit agency to an internationally active company with more than ten employees: The company's headquarters are still located in Wuppertal. The entire purchasing and sales activities are managed from there. Logistics were relocated to Venlo a few years ago, where a modern hall with a high-bay racking system is available. "For several reasons, we are now considering acquiring a new location in the Rhine-Ruhr area, where we can combine office space, storage and fruit logistics under one roof."

It would be extremely profitable for the wholesaler to take fruit logistics into its own hands, "especially as we intend to increasingly specialize in direct deliveries to central warehouses in the near future. We notice that the existing Turkish supermarket chains, which we have already been supplying for 10 years, are always developing and expanding their store network. We want to grow together with them. In addition to this, some of our goods now end up in the food retail sector via the wholesale markets. In the future, we would also like to supply their central warehouses directly."