While the Peruvian garlic season usually runs to March – and sometimes even into April – the current season has already mostly wrapped up. “The season is highly dependent on the market prices,” says Cristian Flores of Sol de Olmos. “This year’s season started early in mid-September rather than October, due to the high demand on the world market for garlic.”

Overall, the garlic season has been a good one for Peru, according to Flores. “It was a short season but with good prices, compared to last year. The export prices started high, and the demand was high from October through December. In mid-December, though, garlic prices in the field rose, so we were no longer able to be competitive with the garlic from Chile and Argentina. So ever since January the exportable supply has been limited,” Flores explains. 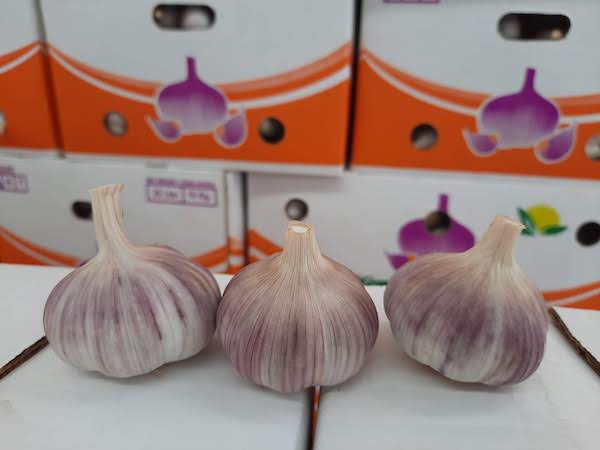 High volume season
Peruvian garlic is grown mainly in the south of the country, in the Arequipa and Lima regions. “These two regions are where the main garlic volumes destined for international exports come from,” says Flores, adding: “At Sol de Olmos, we work with white and purple Chinese garlic. The white garlic is for the US market and the purple garlic is for the Mexican market – which are our two main markets. We also grow Napuri garlic, for which Mexico is the main consumer as well.  Finally, we grow Barranquino garlic (named after the province where "Barranca" is grown) for the United States and Europe, it is a small variety but really good in quality with a longer shelf life than Chinese garlic.” Flores and Sol de Olmos are working on trialing organic garlic for future production.

Besides Mexico and the US, Sol de Olmos also exports their garlic to Brazil and Spain, though Mexico and the US are their biggest markets. “Our company exports around 80-100 FCL reefer containers of garlic each season,” says Flores. “In this 2020-2021 season, we shipped more than 2,000 tons of garlic, which is very high considering this season was cut short by almost two months due to the high pricing in the national market.

Varied portfolio
Sol de Olmos works with a policy of crop innovation, so they include new products into their export line-up every year. Flores concludes: “We have a portfolio of fresh, dehydrated and grain products, both organic and conventional. Within our organic line we have banana, lime, sweet potato, ginger and turmeric, and in our conventional line we have fresh garlic, dried chili peppers, onions, beans, corn, among others. We grow our products throughout the Peruvian coast and the central jungle.”