Continued growth in the apple and berry sectors has helped the Australian horticulture industry pass the $15billion value milestone, according to the latest data in the Australian Horticulture Statistics Handbook.

Hort Innovation Analyst Brendan O'Keeffe says although production volume had decreased by 1.5 per cent due to seasonal conditions such as drought and bushfires, value increased by 4.5 per cent, from $14.4 billion to $15.1 billion.

"Horticulture value has grown for the seventh year in a row since we first have data available," he said. "This ($15 billion) is the same amount of money that Pfizer expects from their COVID-19 vaccine sales globally to 2021, which really puts that figure into perspective. There was good growth across the board; fruit and vegetables both grew by three per cent." 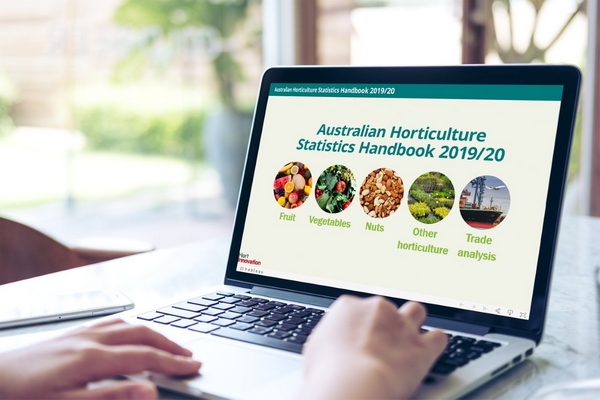 Apples experienced double-digit growth for the second year in a row. While volumes were down by three per cent, value increased by 13 per cent to $579 million, after an 11 per cent rise in 2018/19. Table grapes were the most valuable fruit at $750.4 million, despite growth easing from 28 per cent in 2018/19 to eight per cent.

Similar volumes of citrus were produced to previous years, but value continued to rise by eight per cent across the category to $942.4 million, after increases in all fruit types; mandarins (20%), grapefruit (14%) and oranges (4%) - only lemons and limes fell by six per cent.

Mr O'Keeffe explains that the results come despite it being a "strange year" with impacts on both the supply and demand sides of production.

"On the supply side, we had drought and bushfires really impacting production volumes," he said. "While bushfires also disrupted supply chains along with COVID, which made it very difficult to get some products to market even when they were produced. On the demand side, COVID completely shut down the foodservice side of the industry across the country for a few months. All fruit and vegetable lines send some of their products to foodservice, so this led to a gap in demand. Retail picked up part of this in some cases, but this was sometimes in the form of panic buying which caused volatility in prices and more stress on supply chains."

Onions had significant growth of 28 per cent to $243.9million, but notably, these results come with exports down by 23 per cent in both volume and value. Leafy salad vegetables were up by three per cent to $407.5million. Head lettuce was also up by 19 per cent to $206.2million, fresh herbs were up 17 per cent to $231.3million and broccoli jumped 13 per cent to $288million.

"This is a really good outcome," he said. "Total export value is up by 2.5 per cent, while volume remained the same. Fruit was up 11 per cent (in value), while vegetables and nuts were down six per cent on the back of lower export volumes. For vegetables, this could be that more were sent to the domestic market where prices were really strong."

"For these industries and their structure, exports are really important because any new production that comes online can be sent to exports and won't be sent to the domestic market, therefore avoiding an oversupply," Mr O'Keeffe said.