Start of the cucumber harvest in Knoblauchsland

"Cucumber prices will inevitably rise due to CO2 tax"

In the Franconian Knoblauchsland, this year's cucumber harvest is almost getting started. Vegetable farmer Willi Sippel is in the process of harvesting the first domestic greenhouse vegetables of the year. Just in time for the rising temperatures, these vegetables are now seeing good demand on the domestic market, Sippel knows. But in times of Corona and CO2 tax, a challenging season lies ahead, he adds.

Despite snow and frost in the last few weeks, the harvest will start in week 7/8, similar to last year. A slight increase in sunshine hours was able to accelerate the growth of the cucumbers somewhat and compensate to some extent for the dark January. "We had over 1000 joules a day for three days in a row the weekend before last, which of course made us very happy." 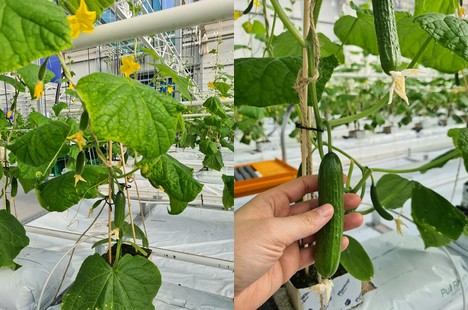 Inside the greenhouse: fresh cucumbers from Knoblauchsland

Extra effort because of Corona
Demand is now going up, in line with the sunny weather: "Not everyone is asking for cucumbers right away, demand is still a little restrained," says Sippel, who markets part of his harvest directly at the Nuremberg wholesale market. On the other hand, it is also true that vegetables are more difficult to sell during a late cold spell in February or March. "Cucumbers and tomatoes are definitely sensitive to frost and are difficult to present at sub-zero temperatures early in the morning at the wholesale or weekly market."

The vegetable producer's portfolio includes snake cucumbers, mini cucumbers and pickling cucumbers. Currently, there is 1.3 ha of greenhouse space (of which 0.8 ha is set out for cucumbers and 0.5 ha for tomatoes), with plans to expand the greenhouse space in the future, he said. "We serve a broad clientele, whether gastronomers, food retail markets, weekly market suppliers or other wholesale customers. Due to entry stops and Corona requirements, we naturally had a considerable amount of extra work last year. The quantities we would normally have supplied to the gastronomy sector ended up in the regional food trade." 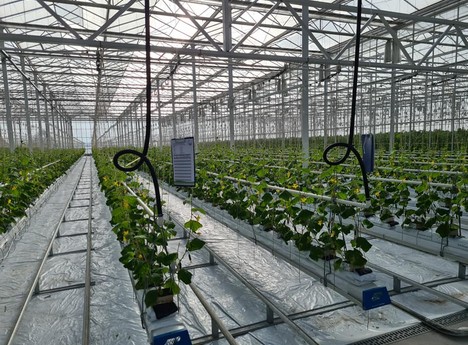 So far, Sippel is not afraid of a Corona outbreak in the company. "We test our seasonal staff very thoroughly. Besides, the risk of infection in the glasshouse is minimal because everyone works in their own row."

Inevitable price increase
In terms of prices, too, the Corona pandemic has hardly affected the vegetable prices, he says. "For pickling cucumbers from our greenhouse, we were able to achieve record-breaking revenues because the outdoor growers had to struggle with late frost and corresponding quality losses in many places. In addition, due to the shortage of seasonal labour, fewer crops were planted outdoors, which resulted in less quantity. But it would be unprofessional to expect similar prices this year," Sippel concludes.

Apart from cucumbers, numerous tomato varieties grow and thrive in the modern greenhouse.

However, a trend towards higher prices for greenhouse vegetables is to be expected in the next few years, he continues. "Since this year there is CO2 tax in Germany. Ideally, cucumber prices will be 10 per cent higher on average than last year. We already need an additional price of 1.20 to 1.40 per square metre in 2021 alone to compensate for this CO2 tax. Until 2025, the tax regime is staggered: This means that prices will inevitably have to rise in the coming years."