“Sales for Greek kiwis are rather fast this season”

It’s been busy time for Greek kiwi exporters. Sales have been faster than they usually are, meaning the exporters have to start slowing down to prevent an early end to the season. According to one exporter, they’ve sold about 10% more than they did last year during the same time period. 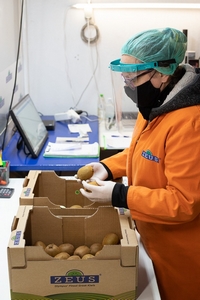 Christina Manosis, Sales manager for Greek kiwi exporter Zeus, states they’ve had a good season so far, with the kiwis going out the door fast: “The kiwi season has been going quite well, sales are rather fast this season. We’ve had to push the brakes on selling a bit, because otherwise the season would finish early, which we would rather not let happen. Sales volumes now, compared to the same period last year, are about 10% higher. We’ve sold 700 tons more now than we had in February 2020. The total volume will be similar as last year, hence us putting the brakes on to slow down the season.”

Prices are also higher, Manosis says. The price of larger sized kiwis could increase further as the season heads to the end. “On average, prices are higher this season compared to last season. The estimate right now is that prices will be about 10% on average over the entire season. As the season ends, prices for larger sized kiwis will probably go up. Since the majority of the kiwis we sell are medium or smaller sized, it won’t have a significant effect on our sales figures. What it is more important is to have low waste, which appears a feasible target, as we are able to identify the lots with limited shelf life through zeusCore IT system.” 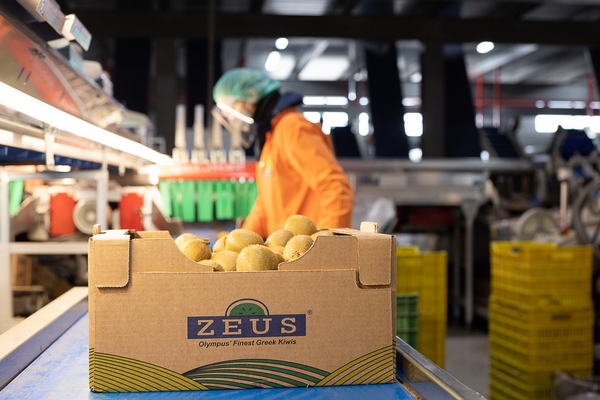 Greece had a big snowstorm last weekend. Some regions had it worse than others, and Zeus did not encounter any major issues during the weekend, Manosis explains.  “We’ve experienced some serious snowstorms last weekend. Temperatures dropped to -15 degrees Celsius in some regions. These regions do not grow kiwis though, so there was no real impact on our season. We’ve not experienced any major problems as a result from the snowstorm.” 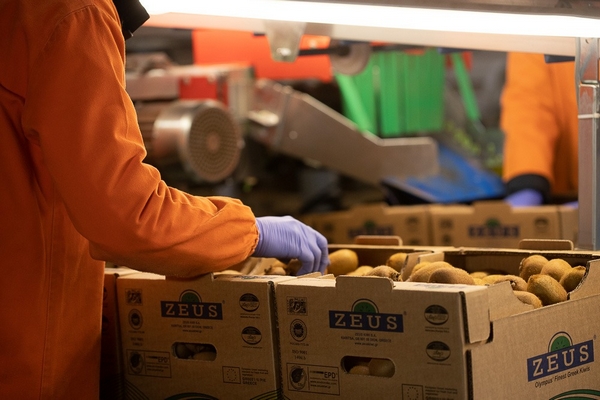 Although Zeus had already made some major investments last year, they do not intend to stop there. Manosis states Zeus is planning an expansion to their facilities: “After our investments to new machinery last year, we’re now in the process of expanding our facilities. This means we’ll have more cold rooms, more storage and naturally we will be able to handle more volumes. This will be essential once our Gold kiwi variety hits the market. The expansion of the packhouse and facilities will help us handle the increased amount of kiwis that will inevitably come through our business.” she concludes.