Australia's peak apple and pear industry body is calling on growers and juice producers to strongly consider removing the Health Star Rating from their labels, following a decision to give fresh fruit and vegetable juice a lower health star rating than diet cola.

The Australian and New Zealand Ministerial Forum on Food Regulation voted to adopt changes to the Health Star Rating (HSR) calculator, effectively giving 100 per cent fresh fruit juice a 2.5-star rating, while sugar-free diet soft drinks receive 3.5 stars. APAL and Citrus Australia have lobbied for amendments that would recognise the many other nutritional benefits that fresh juice provides.

An automatic five–star rating applies to all fresh and minimally processed fruit and vegetable products, and APAL Head of Government Relations, Jeremy Griffith says the system is just going to confuse the public with mixed messages.

"The fact that they are promoting highly-processed products ahead of fresh produce is something that we just cannot understand," he said. "It is going to undermine the whole process of fresh produce and fresh juice - it just does not make any sense to us. They are saying it's okay to drink diet cola but if you take an apple or orange and juice it, it drops to 2.5 stars. They are basically saying diet cola is better than orange or apple juice."

National Farmers’ Federation (NFF) has formed a petition to help secure a fairer rating for Aussie juice and support the fruit growers. 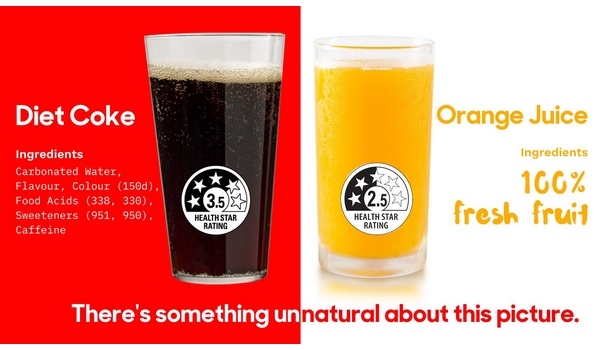 While, Mr Griffith added another important way for the industry to show its disapproval of the decision is to not use the system on its packaging, as it is completely voluntary.

"Our advice to growers would be to seriously consider the value of the Health Star Rating system because we think it has lost its way," Mr Griffith said. "We don't think it is a logical or sound process. I think the most valuable thing is the nutrient labels on the back of the product, that's what we want consumers to read and understand. The process of trying to simplify that down into the star rating is not possible, and in fact, they failed dismally."

This issue has been discussed for the past five years, and APAL is hopeful the general public sends a message of "common sense" to the state government ministers who supported the decision so that it can be reversed sooner rather than later.

He says the key issue is the rating system should be targeted more at controlling highly-processed food and beverages with large amounts of added sugar - not the forms of 'sugar' found naturally in 100 per cent fresh fruit.

"I think they have been drinking their own Kool-Aid a little," he said. "To throw fresh produce and juice companies under the bus sends the wrong message. This is fresh produce that we are talking about; Australian-grown to a high standard that is no more than squeezed into juice. They are saying they are okay with a highly manufactured soft drink, so I think they have lost touch and what they decided undermines the whole aim of the health star rating system. In fact, the calculator that was originally formulated had diet cola at four-stars, before it was realised that it was unpalatable from a political point of view, and the calculator was adjusted to 3.5 stars." 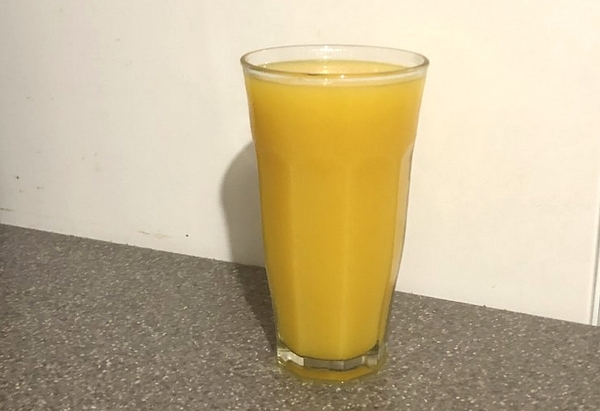 Citrus Australia has joined APAL in opposing the changes, earlier this week saying the Health Star Rating system was misguiding and needed to be overhauled.

“It seems that the HSR is an anti-sugar rating, as opposed to a health star rating, so this should be advertised clearly for consumers," CEO Nathan Hancock said. “Even then, when chocolate cereal with additives can get 3.5 stars, and a natural product like juice as low as 2, primary industry is left confused about what they are trying to achieve. Under this system, dried fruits and many cheeses will continue to be considered less healthy than snacks such as potato chips.”

Mr Hancock says changes suggested by the Federal Department of Health, which would have recognised juice’s nutritional qualities, were rejected by the majority of state governments, including Victoria and Queensland.

“Queensland and Victorian state governments amongst others missed an important opportunity to support primary industry on Friday,” Mr Hancock said. “To our understanding, the proposal put forward by the Department provided options to be more nuanced with their approach to the health message when it comes to juice. However, it’s now obvious that we have a national health propaganda instrument manipulated by anti-sugar lobbyists and a rating system not based on facts but instead voted on down party lines."

With Australians not eating enough fruit and vegetables, he says Citrus Australia will continue to promote the value of fresh juice as an alternate source.

“Natural 100 per cent orange juice may give you 20 per cent of your daily recommended intake of sugar, but good luck getting 50 per cent of your daily vitamin C from 125ml of diet coke,” Mr Hancock said. “It (HSR) does not provide enough information for consumers to make educated decisions; it does not recognise the importance of fresh fruit and vegetables in the diet, and it is easily manipulated by manufacturers of highly processed goods who simply adjust their additives to beat the system. Are dieticians really going to recommend diet coke to their patients?”

“The decision makes a mockery of Australia’s Health Star Rating system, and sadly both consumers and fruit and vegetable growers will suffer as a result,” Mr Mahar said. “The states and territories that supported this outcome should be ashamed. The nutritional benefits of things like Vitamin C, Thiamin and Folate found in fresh fruit and veg do not change when they’re squeezed into juice. You can’t just ignore the full suite of nutritional benefits. It’s absurd. “We will continue to work closely with our members and federal and state governments to try and restore some credibility to the Health Star Rating scheme."