Five to seven days ahead of historical bloom dates

The first sign of bloom for cherry trees in the Gustine area in California was on February 7 and full bloom was seen on February 15. Gustine, located in the Central Valley, is becoming increasingly known for early cherries. “Typically, our bloom starts a bit later,” says Chris Medeiros with Meena Farms, grower and exporter of fresh market cherries. “We are about five to seven days ahead of historical bloom dates for our area,” he added. Weather and time may still delay harvest dates, but Medeiros admits that the season is on a good early track now. 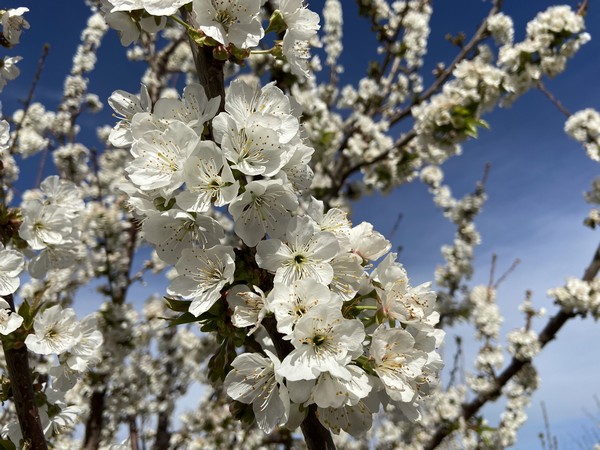 Good number of chill hours
Although it is too early to make estimates for this year’s crop, the state of California has seen a significant number of chill hours this year, which may bode well for production volumes and yield. By January 31 of this year, Merced county (where Gustine is located) had reached 1,123 chill hours compared to 938 last year and 914 the year before. “If bloom conditions stay ideal and are not interrupted by weather surprises, we are excited about the potential and feel it will be a good season.” However, better estimates will be available after bloom and drop.

Critical year for water
So far, California’s Central Valley has been able to escape the record cold spell that is hitting large parts of the United States. “Except for some small, isolated pockets, the state has escaped frost damage and we hope to keep it that way,” shared Medeiros. In addition to cherries, other stone fruit trees and almond trees have started to bloom. Water however is of significant concern to growers in California. “The state has declared a critical water year for districts south of the delta, which includes our farms. Fortunately, we did see a nice system dumping several inches of rain/feet of snow this winter, but there is a long way to go in replenishing reservoir supplies as well as groundwater.” The Gustine area is fortunate to have good well water quality, reducing the impact of pumping regulations. 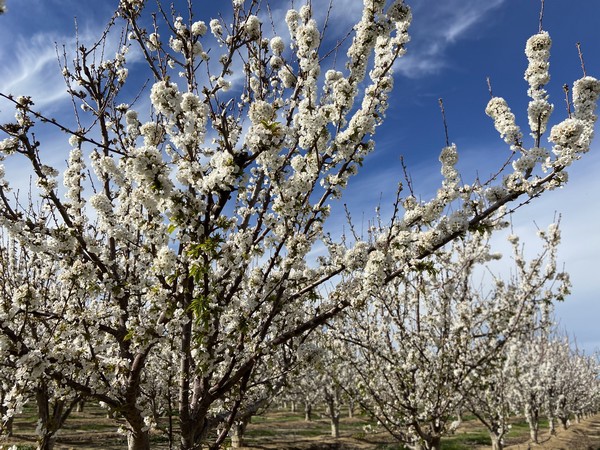