Squash supplies are abundant right now which in part is triggering a depressed market.

“We had some bad weather in Florida. It got very cold for awhile and that slowed the crop’s maturity down. Then there was some bloom drop which diminished production and harvest,” says Neil Mazal of East Coast Farms & Vegetables in Lake Worth, Fl. That said, squash is generally a 30-40 day crop so once the weather warmed up again the crop came back and provided strong supplies.

At the same time, Mexico, where supplies of squash also come from, had virtually the same problem. “All of this has led to an increased production situation with an oversupply,” says Mazal. Honduras is also sending some imports, though this year those are minimal.

Meanwhile, demand is down due to a variety of reasons. “There’s very bad weather in the northeast and the Midwest which drops demand. And there are a lot of people out of work which drives down demand,” he says. Adding to that is of course the lack of foodservice demand for squash—not only from restaurants but convention venues, catering businesses for parties, etc. 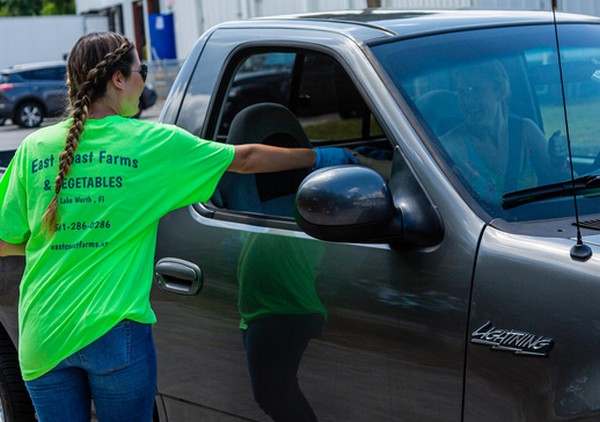 During the pandemic, East Coast Farms has been offering curbside pickup of its produce.

Other factors affecting squash
“Government programs such as USDA Farmers to Families Food Box program eat up some domestic production,” says Mazal. However, foreign product—including that from Mexico—isn’t included in those boxes. “Historically, Mexico is the driving force behind the markets for winter vegetables. They have more acreage and lower costs of production so they’ve become the price and production leader,” he says. He also adds that generally, Florida continues to see land being sold off for development rather than agriculture which also plays a role.

In turn, prices are of course affected. “When Nogales quotes $4 and $3 on squash, it’s difficult for Florida growers to quote $12 and $10,” he says. Currently, there's a move to bring the squash market back up again and zucchini and yellow squash are priced at $8 on fancy and $6 on medium. "It might pick up a little more, it's hard to say because it's evolving."

Less production likely lies ahead for Florida. “At this time of year, you start getting mango and citrus trees in bloom. A lot of squash plantings are near or adjacent to those tropical plantings. When those tropical plantings are blooming, the bee population that normally takes care of the blooming and pollination abandon the squash fields and go to the mango trees, etc. because they have a more aromatic bloom,” he says. “That also impacts production here and we’re expecting less of it going forward.” Spring also brings a transition to Georgia crops as production winds down in Florida. The market generally drops when ample supplies ramps up in Georgia, he adds, noting that market trends are really driven by weather patterns. 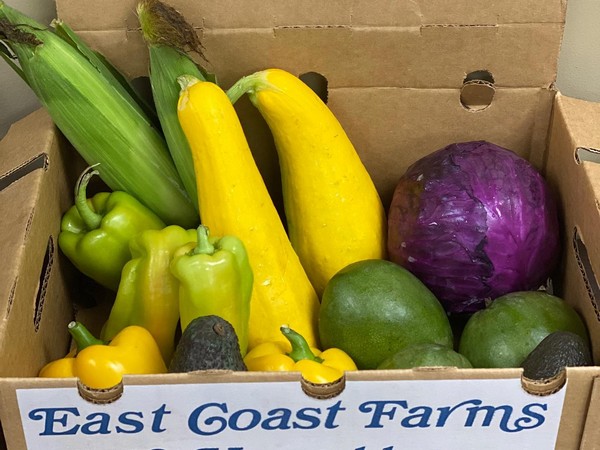 While pricing is likely to stay lower for squash, the cabbage market could go dramatically higher thanks to the recent cold weather, says Mazal.

State of winter vegetables
At the same time, winter vegetables in general are going through an interesting time. Recently, markets had been depressed on items such as peppers and squash, which were seeing historically low FOBs. Then this week’s colder weather that’s covered much of the U.S. and put Texas into a deep freeze has changed things, including demand for winter vegetables since consumers movement outside is likely more limited.

“The Winter Garden area especially, which is the main cabbage growing area along with other items at this time of year, has had a hard freeze. It’s devastated the crop and the losses are going to be more than significant,” says Mazal, noting that alongside cabbage, onions are also likely to be impacted.

On cabbage though, the freeze now puts supply pressure on Florida and Mexico. “But Florida isn’t capable of supplying even reduced demand for an entire nation without Mexico. And Mexico doesn’t have a strong crop either—they’ve been impacted by weather and have some white fly issues in some growing areas,” he says. “This will push markets higher, especially for the St. Patrick Day’s pull, which is a huge cabbage holiday. The cabbage market is going to be dramatically higher based on what we’re hearing.”