Maria Emilia Undurraga, the Minister of Agriculture, declared an agricultural emergency for the provinces of Los Andes and San Felipe as a way to support the farmers affected by the last weather front that affected the country's south-central area.

“After evaluating the damage caused by the weather in situ with the regional minister of agriculture and the Mayor of Valparaiso, we've decided to declare the agricultural emergency for the provinces of San Felipe and Los Andes. We hope that this declaration will allow us to gather funds from different sectors to help the farmers affected by these rains,” Minister Undurraga stated. 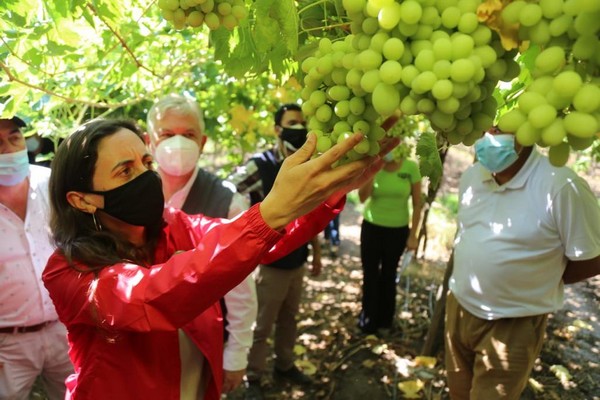 This declaration of emergency encompasses 10 communes in the Valparaiso region. Previously, the country had declared an agricultural emergency in the Maule and O'Higgins regions on Friday, February 5. This declaration will allow streamlining the use of resources from the Ministry of Agriculture (Minagri), regional resources, and other public bodies to be used in the area to face this situation.

The Ministry has allocated $ 200,000 for technical, productive, agronomic, and cultural management for users of the Institute for Agricultural Development (INDAP). In addition, there is financing for the rehabilitation of damaged infrastructure, of up to 50% of productive damage, with an individual maximum limit of $500,000.

“INDAP has been in contact with its farmers. They already have concrete measures that do not depend on this agricultural emergency and they have already financing available for their members so they can finish this season. It's a bonus of about 200,000 pesos just to finish the season," Minister Undurraga stated.

“In addition, INDAP has allocated resources to rebuild infrastructure, where needed, for these remaining months. We are going to create a medium-term plan with them to see how we prepare for the following season. This includes the reprogramming of credits for INDAP users and access to different investment programs in the mid-term,” she stated.

The Government has granted the affected farmers access to credits and guarantees, such as FOGAPE Reactiva, as well as employment subsidies to support the continuity of the productive process, help finance them, and support employment.

Finally, it should be noted that the Ministry of Agriculture and the regional governments are working to create new support for small and medium-sized INDAP and non-INDAP farmers.