The tomato segment offers a wide range of varieties and specialties that provide not only diversification, but also added value to this vegetable, one of the most consumed and produced in the world and the one that generates the greatest value worldwide, according to FAO data. 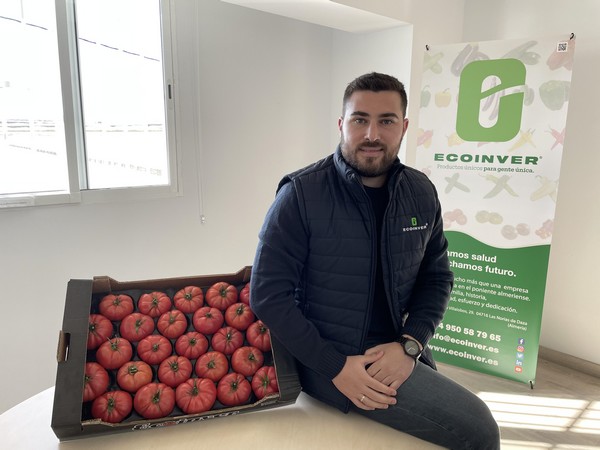 “What retailers are looking for is differentiation. For example, there is not as much interest in having loose round tomatoes in bulk; what you are looking for is products that offer added value. This added value is not always achieved with the product's presentation; the greatest competitive advantage lies in varietal aspects,” says Ismael Segura, CEO of the Almeria-based company Ecoinver. "That is why we are committed to strengthening the Pink ribbed tomato line."

This is the second season in which the company based in Las Norias de Daza, in western Almería, produces this tomato (from the CassaRosa range, developed by the Turkish seed house Yuksel), characterized by its distinctive shape, pink color and large caliber, and a production period that runs from October to May. "This tomato is performing as desired in terms of productivity, post-harvest properties and taste," says Ismael.

Again committed to the domestic market
Ecoinver markets its range of vegetables across Western Europe and in some Eastern European countries. It works with products such as cucumbers and peppers in North American overseas markets, as well as in the Spanish market, where it wants to promote its pink ribbed tomato. 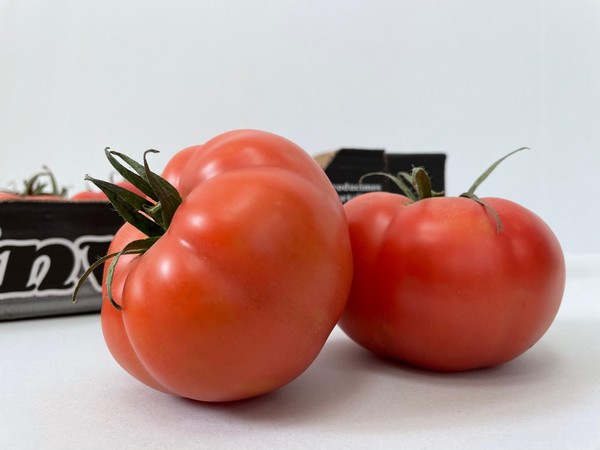 “A few years ago, a large part of the volume we produced went to the domestic market; however, we have spent some time increasing our export quota until it has come to represent 75% of the volume traded. Now we are beginning to return to our origins in the domestic market, seeking that added value with products that stand out,” says Ismael. "As in France, there are certain lines that are very difficult to introduce in Spain, because they are very traditional markets, but the pink ribbed tomato has been well accepted, with a good demand in various national destinations." 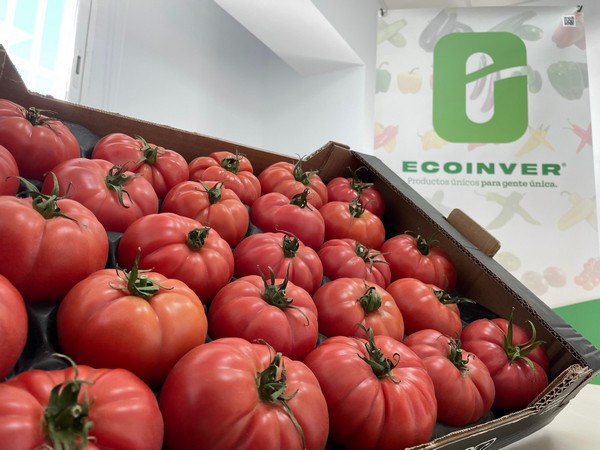 "Morocco is a powerful supplier and we have to learn to live with it"
Most Spanish vegetables have recorded considerable price fluctuations in the last month as a result of the impact of the cold wave of early January, although in general, they have already been going back to normal as the plants have recovered their regular production levels. The CEO of Ecoinver says that, in general, tomato prices have remained at stable levels throughout the entire autumn-winter season, “although in recent weeks the price has been significantly reduced. Specialties escape this trend a bit, but their price has also been dragged down,” he says.

“We work with perishable products for which the supply and the demand are very relevant factors. Some say that Morocco currently has a large production and that its supply may be putting some pressure on the market. The country has achieved a very large supply quota and they are able to meet a significant part of the demand. Morocco is a powerful supplier and we have to learn to live with it,” says Ismael Segura.