Burian has not caused significant damage in Apulia and Basilicata

Producers and technicians are assessing the situation after the drop in temperatures brought about by the disturbance from northern Europe that has affected mainly southern Italy over the past few days. "Luckily, we have not registered particular damage to crops, only some organizational problems and harvesting delays," commented agro-technician Tarcisio Fiermonte from northern Apulia.

"We have had to stop harvesting broccoli, fennel, celery and artichokes for 3 days, as the frost lasted until late morning. The product could not be cut, otherwise it would have turned black in little time. Minimum temperatures were around -3/-4°C, while maximum temperatures did not exceed 6°C during the warmest part of the day."

"Of course it was cold, though it did not cause particular damage. It was always cloudy, so the frost melted slowly. As for brassicas, such a significant drop in temperatures will definitely slow down or block head growth, and the same goes for artichokes. This will actually be positive news for cooperatives, as it will enable them to sell the produce currently stocked in units." 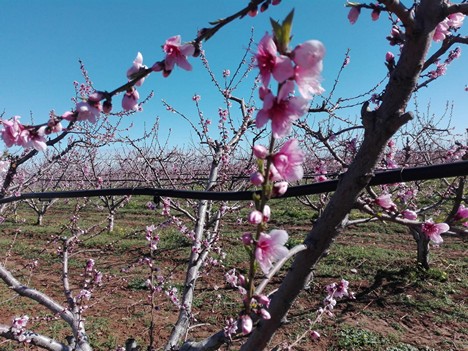 There is good news from Basilicata as well. Technician Francesco Lillo reports that "buds are swelling up for most stone fruits in Metaponto, though there are some nectarine varieties such as Early Bomba and Flariba that are already blooming and, luckily, there have been no particular problems. Vegetables and strawberry beds were swiftly covered by producers."

The lowest temperature in the region was recorded in Laurenzana (Potenza) at -7.6 °C, while Metaponto reached -1.5°C in the interior Pisticci areas (source: Alsia agrometereological bulletin).