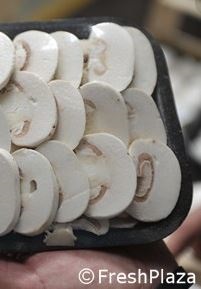 "Our results indicate that a 10 g/L SI treatment induces a series of antioxidant responses in fresh-cut mushrooms that inhibits browning and maintains overall quality. The prescribed treatment could be used to prolong the shelf life of fresh-cut mushrooms", the scientists conclude.