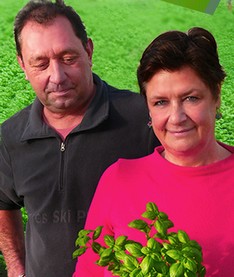 Petra Haake's (r) greenhouses in Papenburg smell of oregano, mint, basil and other fresh kitchen herbs. She runs one of 50 family businesses that have joined together to form the Papenburg Gartenbauzentrale.

According to the Landvolk-Pressedienst, the nurseries there cultivate about 90 million pots of herbs a year on 170 hectares in the open and 100 ha under glass, offering the possibility of bringing fresh herbs into the house even in winter and using them to refine hearty dishes, add a fresh touch to salads or garnish sandwiches.

With more than 80 different herbs, consumers have a lot of choice."Aromatic mint refines tea and cocktails and brings a great holiday feeling to the German winter," says Haake, dreaming of her time in Hawaii, where she worked for a year and a half in an ornamental plant business. After that, she spent a year in the West African country of Ivory Coast outfitting international hotels with green plants. Back in Germany, she started growing parsley in pots before taking over her parents' farm in 1997 and expanding her range to include numerous herb varieties. Since 2018, her organic horticulture business has been a member of Bioland and works according to the association's strict guidelines, which go far beyond those of the EC Organic Regulation. 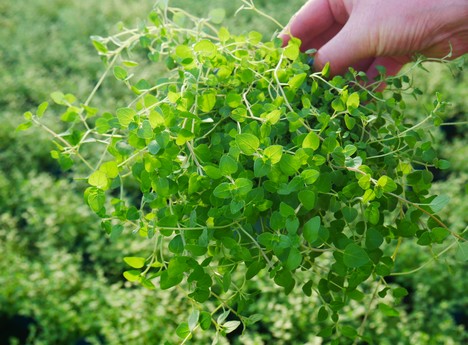 "The nurseries are responsible for growing the herbs themselves, while the cooperative takes care of marketing and logistics," explains Marianne Niedermeier from Gartenbauzentrale eG. The herbs are delivered nationwide within 12-24 hours, so the fresh greens will reach the supermarkets as quickly as possible. In addition to herbs, vegetables, salads and flowers are also part of the product range of the Gartenbauzentrale, which was founded in 1931 as a sales and purchasing cooperative. 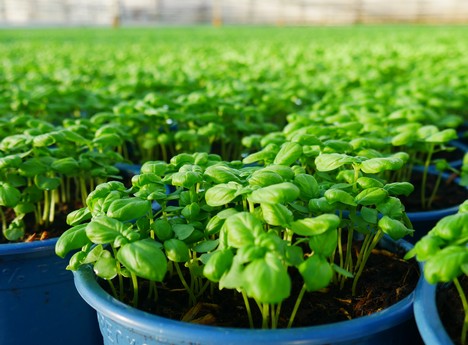 Potted herbs as far as the eye can see / Photo: GBZ Papenburg

In the 1950s, as part of the Emsland Plan for economic development, the district built three gardeners' settlements in Papenburg, recruiting growers from all over the country. Growers like Petra Haake's parents, who came to Papenburg from Dresden in the 1960s and built up a new existence there with chrysanthemums, freesias, primroses, geraniums and cucumbers, laying the foundation for today's market leader in herbs. "I am very happy to be able to grow fresh herbs here in the north."