"Little by little, Canary papayas are becoming more and more popular in Europe"

The Canary papaya campaign is now in full swing, with this being one of the periods with the highest production in the islands. Although Latin American papayas dominate the markets, the Canary production is gradually gaining ground in Europe as an exotic local product, despite the fact that the impact of the pandemic in the restaurant and hospitality channel is not making things easy.

“Although we produce papayas for 52 weeks a year, our volumes are now at their peak and will remain at this level until well into the summer, when exportable volumes will be somewhat lower due to the crop's characteristics and the weather conditions. At Sweet Papaya, we guarantee the supply for 52 weeks a year,” says Guillermo Gonzalez de Aledo, partner of the Tenerife-based company Sweet Papaya.

Papayas have a significant presence in the restaurant and hospitality channel, which has been seriously affected by the pandemic. “The producers or intermediaries who traditionally work mainly for the horeca channel have been severely hit. Fortunately, we work mostly with supermarket chains, which have reported increases in their sales, as household consumption has grown due to the lockdown measures implemented in various countries. However, in general, there is also more pressure from the supply in the retail, given the lower activity in other channels.

“At the beginning of this health crisis, imports from Brazil stopped due to high costs and logistical limitations. Importers sourcing from Brazil ran out of papayas and we dealt with some high demand. Now the situation is more stable and there are plenty of papayas in the market from countries like Brazil, Mexico, Costa Rica or Ecuador. There is a considerable supply in the markets and a lower demand due to the coronavirus situation, which is taking a negative toll on sales prices. Consumers are beginning to feel the economic impact of the pandemic. You have to bear in mind that papayas are among the most expensive exotic fruits,” says Guillermo. 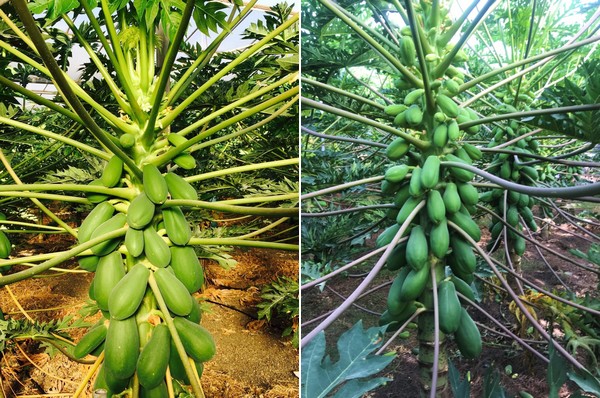 One of the main differentiating aspects of Canary papayas is their proximity to European markets. The fact that the productions are not that large can also be an advantage. "Large distributors tend to enforce sustainability policies aimed at reducing the carbon footprint. The Canary Islands play with the advantage of being closer to Europe than the Latin American producers, so for some supermarkets in Europe, these papayas have become their first choice. Besides, since we are small producers, compared to our counterparts in Brazil, we can better control the production processes and, therefore, the quality. Little by little, Canary papayas are becoming more and more popular in Europe,” says the producer and exporter

Sweet Papaya continues to invest in expanding and improving its production. This year, its acreage has grown by 20% and it expects to continue growing in the coming years.