Gartenfrisch Jung on Portuguese cultivation and the convenience market

"Demand shifts from To Go items to bags of salad" 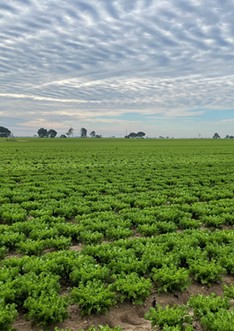 While many German producers are trying to protect their crops from frost and snow, harvesting is already underway in Coruche, Portugal. At the site of the German vegetable processor Gartenfrisch Jung, tons of lettuce have been cut for convenience goods production since November. But Corona and the current cold snap are making themselves felt on the Iberian peninsula, says Dieter Jung, cultivation manager at the company.

The unusually cold January also had an impact on Portuguese agriculture. "Due to the precipitation and the cold weather, we were able to harvest less produce than usual," Jung said. According to initial estimates, the total yield is 20-30 per cent lower than last year. "Romaine and iceberg lettuce saw considerable yield losses." 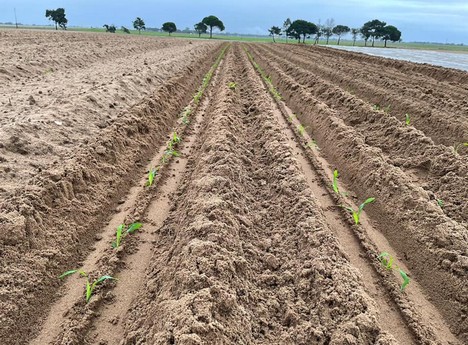 Despite a delay, the first sweetcorn fields have already been sown.

Sweet corn: slight delay in sowing
The first southern European lettuces were distributed to Germany in mid-November, and the last Portuguese batches are expected to be available in late April-early May, Jung says. "In the meantime, we have also started sowing sweetcorn. However, because of the rainfall, we will probably not be able to sow most of the fields until later this week." The first batches of sweetcorn will normally hit the market at the end of May.

Renewed expansion of acreage
The Jung group has worked an independent location in Portugal for about 10 years. The cultivation area, which was around 70 hectares at the time, has now more than tripled to a total of around 230 hectares. "This year we will expand our cultivation capacity again, as another 60 ha will be planted," Jung explains.

Shift in demand
Despite the planned capacity expansion, Gartenfrisch Jung is also feeling the effects of the current Corona crisis. "Demand has shifted from to-go items, such as ready-made salads, to sliced items. This means that our salad bags are now in greater demand because more people are cooking at home. Accordingly, we are expanding our product range in this area to meet the growing demand."