WSU, OSU, UC team with tree fruit groups and other universities in a major global push.

A trio of West Coast land-grant universities are teaming with farm groups and other researchers in a major global push to automate the harvests of apples, pears and other tree fruit.

In a project called Fruit Orchard of the Future, the parties will seek to create a network of local field labs and testing grounds, set up exchanges for education and research, connect companies with growers, and build access to funding, according to WSU.

The scientists will develop prototypes such as a robot for pruning and harvesting pears, a precision sprayer for fruit crops, sensors and algorithms to collect data on apples and pears, and decision models for apples and pears based on the data and the scientists’ expertise, the university explains.

Participants say automation and robotics could help tree fruit growers in the U.S. and the Netherlands resolve issues such as an increasingly difficult-to-find orchard labor force. They also notice a greater demand for sustainability, environmental health and food safety. 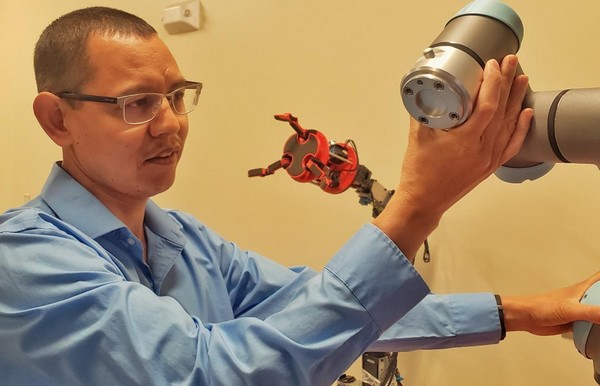 Public-private consortium
In signing an agreement Feb. 3, officials from the commission and universities were joined by representatives from the Washington State Department of Agriculture; the Netherlands’ Ministry of Agriculture, Nature and Food Quality; Wageningen University and Research; the Dutch Fruit Growers Association; Dutch technological associate FME; and more than a dozen Dutch and American companies and organizations, according to WSU.

As part of the pact, this public-private consortium will speed new tree fruit technologies into orchards using an industry-developed concept called Next Fruit 4.0, the university explains. The project is part of a broader coalition in the Netherlands and U.S. to get safe and environmentally friendly innovations to the market faster, the participants say.

Gabriel Youtsey, the UC’s chief innovations officer, is the California lead on the broader project. He said it could be five to 10 years before there’s large-scale automation of harvests in commercial apple and pear orchards, but that research will be ongoing.

Mechanized harvests are standard for California tree nuts, and they’re becoming so for other crops such as raisins and olives for oil. But they’re more difficult with fruit, for which pickers often must work quickly in determining appropriate ripeness and get it to the warehouse unblemished.