January apple and pear data provide a glimpse of the year ahead. Trends to heed: organic apple and pear sales continue to grow, Cosmic Crisp® apple rises in rank in its sophomore year and proprietary apples, such as Autumn Glory®, drive category growth. The following information is based on Nielsen reports ending January 23, 2021.

Organic apple and pear sales were strong in January, as they have been for much of 2020. This is a trend to watch, as organics assume a higher share of both categories. Organic pears were up 34 percent in dollars and 38 percent in volume. Organics represented 14 percent of total pear sales and 11 percent of volume. 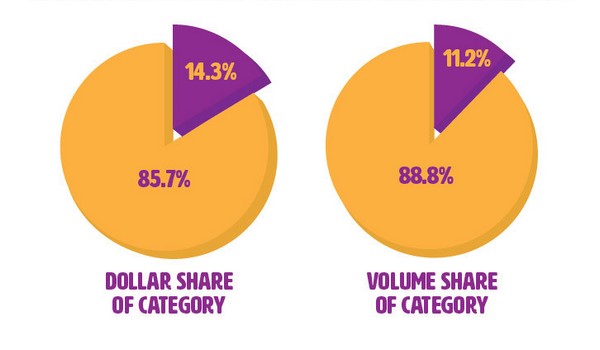 Organic apples represented 16 percent of total apple sales and 12 percent of volume. Crop year to date, organic apples sales were up 10 percent and pounds were up 4 percent, with an average retail at $2.26 per pound.

Superfresh Organics’® new purple packaging is available for both pears and apples. The pops of color create eye-catching grocery displays and the purple signifies to consumers that these products are organic. Superfresh Growers is a grower of organic pears in the United States and a grower of organic apples. Our produce is grown by implementing integrated pest management (IPM), cultivating the land to be a biodiverse system that works in synchronization with nature. We are proud to make a positive environmental impact while growing apples and pears.

Cosmic Crisp® apple is enjoying another solid year, jumping to #11 in the apple rankings, with 46 percent YoY dollar growth and 71 percent volume growth. Cosmic Crisp will successfully be a top apple for the remainder of 2021. The excitement around the apple, and the volume expected, will continue to launch this apple.

“We are feeling optimistic about 2021,” says Catherine Gipe-Stewart, communications manager. “Many Americans are still home cooking and using apples and pears as a key staple produce item. With great shelf-life, durability and delicious flavors, we are well set to continue seeing growth in this coming year. It’s exciting to see Autumn Glory and Cosmic Crisp do well, maintaining a national presence and being asked for by name. We feel proud that we can bring delicious and unique flavors to the kitchen table.” 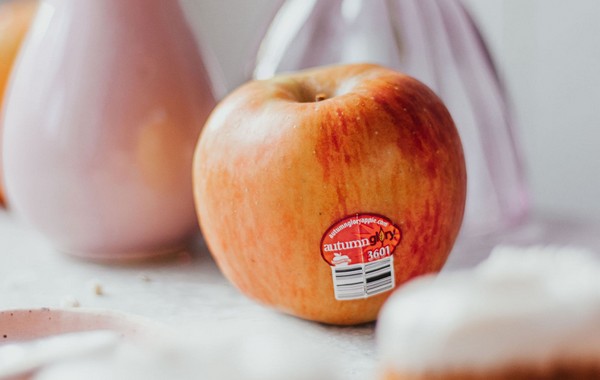 Overall apple sales dollars were up 5 percent, and volume was flat YoY, thanks to a retail average increase of $.11/pound, or 7 percent. Honeycrisp apples topped the charts in dollars at $89 million. They were up 11 percent in dollar sales and 2 percent in volume. Average retail was $2.42/lb, up 9 percent YoY. Gala apples topped the charts in volume (49 million lbs). They were up 3 percent in sales dollars and down -3 percent in volume. Average retail was up 6 percent YoY to $1.29/lb. Fuji and Granny Smith sales dollars were both up, 3 percent and 15 percent respectively. For January, apple promotions were down -33 percent, a trend that needs to be reversed. Honeycrisp was again the most promoted apple.

Overall pear sales were great again in January, up 14 percent in dollars and 5 percent in volume YoY. Average price was up 8 percent to $1.64/lb. Bartlett pears dominated both sales ($18 million) and volume (12 million lbs). They represented 41 percent of dollars and 44 percent of volume share. Average retail was $1.53/lb, up 12 percent. Anjou was second in dollars ($11 million) and volume (7 million lbs). Average retail was $1.63/lb. Red Pears did well because they were heavily promoted, up 7 percent in dollar sales YoY. Bulk pear sales were 80 percent of dollars and 78 percent of volume. Bartlett pears were the most heavily promoted, with 20 percent being sold on promo.