"Many mistakenly believe 80-90 per cent of Egypt is desert"

Since the summer of 2020, Dortmund has a new fruit agency called Grünes Tal für Obst und Gemüse LLC. Company founder and managing director Sherif Elshafei has set himself the task of serving both wholesalers and retailers with fresh produce from North Africa and the Mediterranean region. However, the main country of reference for the new company is Egypt, where the agricultural sector has developed rapidly in recent years.

The Corona crisis made it anything but easy for the new entrepreneur to get to know the industry in the first few months. Nevertheless, he has already been able to win his first interested customers. "We have already been able to make contacts at the surrounding fresh food centres in the Rhine-Ruhr area, whether Dortmund, Cologne or Düsseldorf. The next step would be to open up the Bavarian wholesale markets in Munich and Nuremberg," Elshafei says. 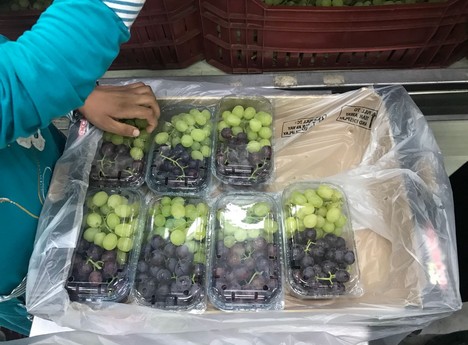 Direct delivery without intermediaries
Apart from wholesale, however, the ambitious fresh food trader also sees opportunities in the food retail sector. "I firmly believe that there is interest in both German and British food retailers in direct imports from the important producing countries. Precisely because of Brexit, the need for direct supply without intermediaries has only increased," he continues.

According to Elshafei, competition in the modern fruit industry is particularly tough. In this context, Germany is increasingly establishing itself as a hub for internationally oriented trade, he claims. "Due to its central location in the European Union, Germany is, in my view, an interesting transhipment point for fruit and vegetables," he says. During the initial lockdown, people cooked more at home and more attention was paid to freshness, Elshafei believes. "The wholesale markets have thus been able to achieve more turnover in some cases. In the meantime, market activity has somewhat returned to normal from my point of view." 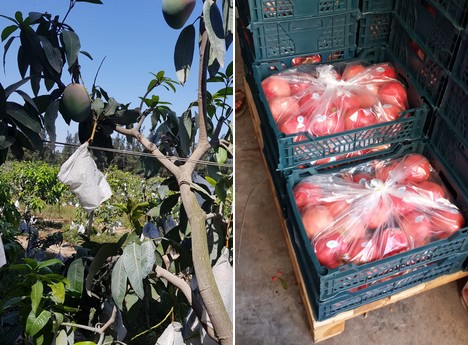 Left: Mangoes on the tree - Right: packaged fruit for the trade.

Great growth potential
But Elshafei also sees unfulfilled market gaps in the domestic market at the moment. "Many migrants from the Arab region - Syria, for example - have moved to Germany in recent years. This has a positive effect on the demand for exotic fruit and vegetables. The same applies to the trend towards a vegan diet. In this respect, Egypt is well positioned, for example, with its large-scale

According to Elshafei, the export potential of the Egyptian sector is far from exhausted. "We have particularly fertile soils, optimal weather conditions and, last but not least, a strongly developing cultivation technology. Many people mistakenly believe that Egypt is 80-90 per cent desert. But west of the Nile Delta, attempts are now being made to reclaim land for agricultural purposes using sophisticated water technology. These areas could then be planted accordingly in the long run." 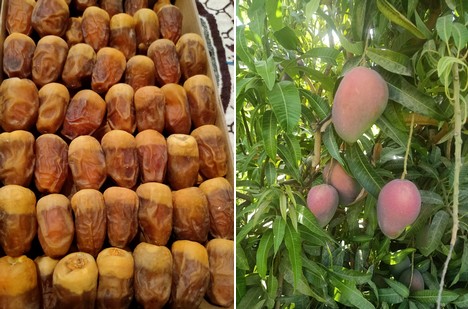 Left: Dates from Egypt, right: mangoes ripe for picking on the tree.

Growth opportunities in Northern Europe
Together with the Egyptian agricultural sector, Elshafei would like to gradually expand its business activities over the next few years. "We want to fill the gaps in the supply chain. In addition, I see growth opportunities in the direction of Scandinavia, especially since a large part of the supply there is imported."