Unlike its conventional counterpart, organic kiwifruit from California is up in volume this season.

“Due to weather issues that reduced fruit set, production per acre was significantly down across the state this season resulting in a 13 percent decline in total volume of kiwifruit in California year-over-year as compared with 2019/2020,” says Travis Noland of Wild River Fruit Inc. based in Marysville, CA. “Meanwhile, according to our industry-KISS reports, while conventional volume is down 17.6 percent, organic production is up 22.5 percent from last season.” 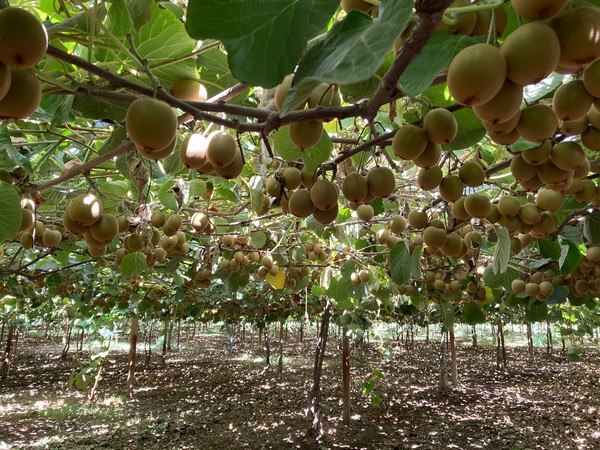 According to industry-KISS reports, while conventional kiwi volume is down 17.6 percent, organic production is up 22.5 percent from last season.

Noland notes that this year’s crop represents the highest share of organic fruit ever seen—it accounts for 16 percent of volume. (Comparably, organic fruit was just eight percent of the total volume in 2017/2018.) “Over the past few years, corporate and large producers have transitioned to organic at a rapid and unsustainable rate in the southern part of the state,” says Noland, who says Wild River is the long-time leader in growing organic kiwifruit in California. He adds that the growth is likely in response to the increasing interest consumers have in organics overall, but especially so in nutrient and antioxidant-dense fruits such as kiwi.

Increasing activity from the South
Currently, the majority of California’s conventional production is from the Southern and Central San Joaquin Valley—Noland says its location in the Northern Sacramento Valley is a minority in the overall industry. That activity from the South is proving to be a particular challenge to growers such as Wild River. “Our greatest challenges include the combination of new competition from historically conventional players from the Southern region who are transitioning to organic at an unsustainable rate, along with rising labor rates in California,” he says. “There are few crops, if any, more labor intensive than kiwifruit, especially if you’re growing organically.” Other challenges to kiwi growers include increasing costs in packaging materials and pandemic-related costs. 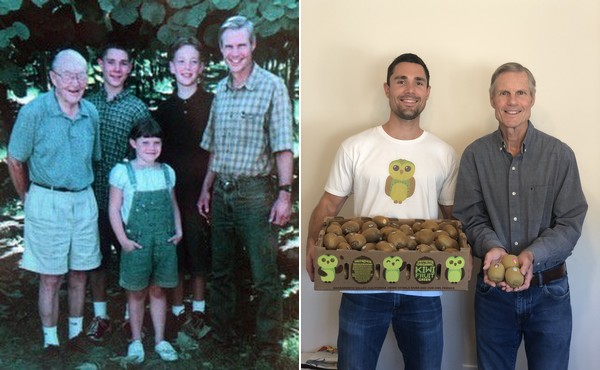 Wild River Fruit is a third-generation, family owned and operated grower, packer, shipper and marketer of organic fruits including kiwifruit.

Meanwhile competition on kiwifruit production comes from Northern Hemisphere producing countries such as Italy, but increasingly Greece. (Though Noland says much of the imported fruit remains on the East Coast.) Production from New Zealand is also extending and overlapping with the California season. “But California now supplies enough fruit to satisfy the bulk of the U.S. market during our season, even with California kiwi exports leaving the country,” adds Noland.

Demand increasing
In terms of demand, while Wild River’s customer base is largely domestic with many long-term customers Noland says look for quality organic fruit from a grower valuing environmental stewardship, it does also export a fluctuating amount of volume, depending on the season. And the company has seen demand overall grow over the years. “But it’s our belief the organic market needs to significantly accelerate its growth to absorb the supply flowing in over the past few years. We could certainly use more new customers as organic production increases,” he says. 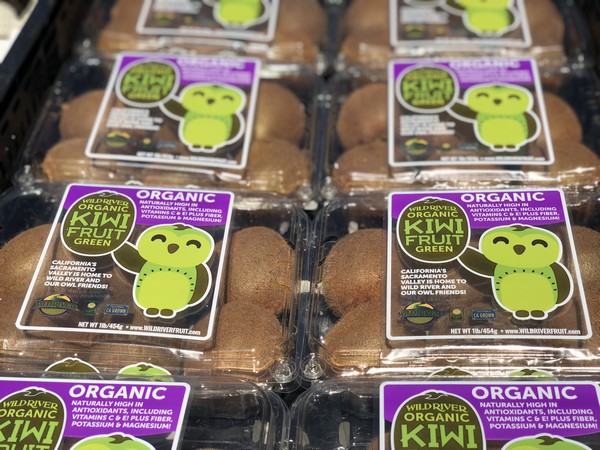 Wild River Fruit is working on new varieties of kiwifruit including yellow and red-fleshed fruit that will enter the market in the next few years.

Perhaps helping stimulate that demand are some of the additional varieties coming on. Noland says its golden Tropikiwi has proven to be a successful variety and Wild River continues to experiment with other new varieties of both yellow and red-fleshed kiwi fruit that will be released to the market in the next few years. “There’s definitely a buzz around these Chinensis varieties and we’re all trying to get there as soon as possible. But we’re doing our due diligence to ensure we go to market with the best possible eating experience for customers new to gold or red kiwifruit,” he adds.

As for pricing, Noland says for the first time in a long time there has been a shrinking margin in organic price premiums over conventional pricing, though he notes that Wild River generally works towards providing stable pricing for its program business.