Yesterday evening the South African Minister for Labour published the new minimum wage in the government gazette, a 4.5% increase effective from 1 March 2021 for workers in other sectors of the economy but for farm workers it represents a 16% jump from their previous minimum wage of R18.68 an hour.

Farm workers are now entitled to a minimum wage of R21.69 (1.2 euro) per hour as recommended by the National Wage Commission, and it is significant because, according to BusinessInsider, this is the first time that farm workers’ minimum wage is equal to the national minimum wage. 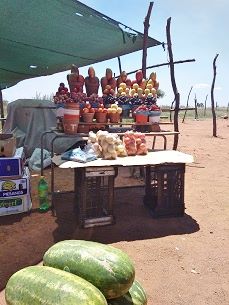 The impact of food price inflation - particularly acutely felt in poor households - played a role in the increase.

Three-quarters of the commission’s members supported this increase late last year, while the members representing business recommended that the minimum wage be adjusted according to the current inflation rate.

This is the view also supported by organised agriculture. AgriSA has expressed its "shock" at the announcement, coming as it does on top of other Covid-related setbacks to particularly small and medium-sized farming enterprises..

“Though many permanent farm workers already earn more than the minimum wage, agriculture can’t afford a 16,1% increase in one production input. The increase comes amid the detrimental effect that Covid-19 regulations have had on the agriculture sector,” Jannie Strydom, CEO of Agri Western Cape noted in their reaction to the news.

The Wage Commission is reported by GroundUp news agency as putting forth the argument last year that the previous minimum wage was below the lower poverty line of R3,360 (187 euros) a month for a household of four people.

Labour & management account for 35%+ of grape farm input costs
According to the Bureau for Food and Agricultural Policy, labour and management was last year the single biggest cost component on a table grape farm, representing an average of 34% in the Orange River, 40% in the Hex River Valley and 41% in the Berg River. 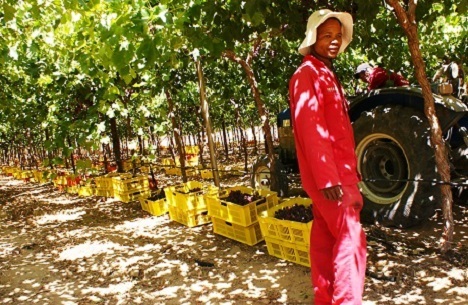 Table grape farmers had been apprehensive as they awaited news of the new minimum wage and some have expressed their concern at the impact this would have on operational costs on the farm.

“We are extremely labour-intensive and an increase of 16% could have a very big effect on our profitability,” one grower remarks.

Another posits that it could, ironically, have a negative impact on employment in rural areas.