Usually the season would end in November

Egyptian sweet potato growers should be preparing for the new season, but in some cases they’re still exporting last year’s harvest. Demand has increased due to the bad weather in Spain and snow in the United States, despite it being so late in the season. One exporter in Egypt managed to export over five times the volume he had originally planned for at the start of the season.

According to Reda Ezz, founder of All Fresh Egypt, the season has been extended by over two months: “The sweet potato season in Egypt was full of surprises. First off, the season for sweet potatoes usually starts in July and ends in November. However, due to bad weather in Spain and snow in the United States demand is still exceptionally high and we will continue exporting until March. The cultivation for the new season starts in March, but some growers will opt to cultivate their sweet potatoes a bit later as it should result in a larger production overall.” 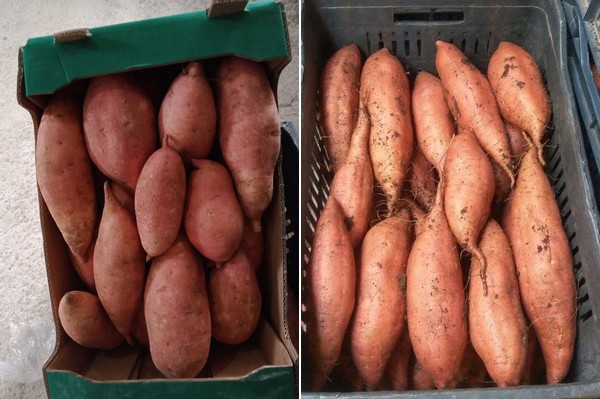 Extending the season, combined with the increased demand, has resulted in Ezz exporting more than five times the amount they had originally set as a target: “In the season of 2020/2021 the All Fresh target was to export 1500 ton in the entire season season, but thanks to our customers in Netherlands we succeeded to export around 8000 tons. Our plan for next season will be to expand the cultivation area to meet our customers’ demands.”

“Finally, it’s been a very difficult time for everyone in the world and I’d like to thank FreshPlaza specifically, for supporting growers, exporters and importers all over the world in finding and connecting with each other. We can’t visit each other and we can’t attend any exhibition at this moment, so FreshPlaza is taking on an excellent role to shorten the distances between the three parties of the fresh fruit and vegetable trade.” Ezz concludes.