Apples (and blueberries and citrus) in the Kalahari

A Namibian company has done the sums: it is possible to earn a greater income from 10 hectares of apples than from 10,000ha of beef cattle.

This realisation is of great importance in a desert country like Namibia.

“Extensive farming methods really don’t work anymore because you’re at the mercy of the weather,” explains Salomon Kalondo, one of the owners of JMH Partners, which started as a construction company but has over the past few years developed Roots Farm at Stampriet in the central Hardap Region of Namibia. 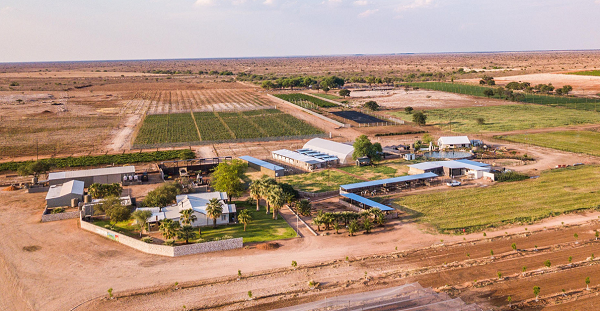 Intensive farming of fruit, vegetables, nuts and livestock is practised on Roots Farm in the Kalahari. In the foreground is a pecan orchard (photos supplied by Roots Farm)

Salomon and his partner Johan Riekert are also weekend farmers, perturbed by the cost of Namibia’s heavy reliance on food imports. “About 98% of Namibia's agriculture is livestock farming but we decided to go into crop production and horticulture. As it currently stands, Namibia spends in excess of N$30 million [1.68 million euros] a month just on food, 99% of it from South Africa.”

In their calculation of the profitability of apples versus beef cattle, the apples are not even exported but sold at R11 (0.6 euro) a kilogram on the Namibian market. 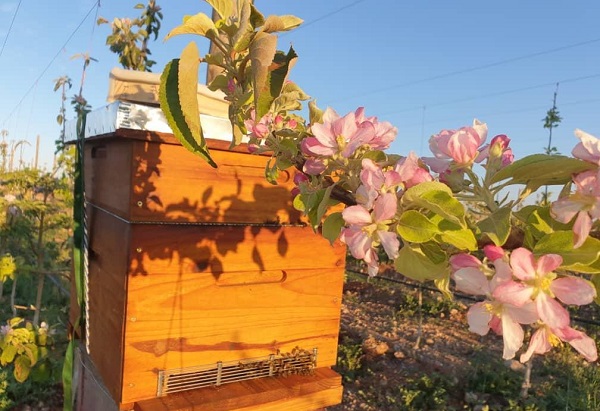 South African-bred apple varieties in their orchards. The area just made the low-chill threshold for apple production

Nossob Aquifer: a giant water source under the desert
Intensive farming with a view to import substitution led them to establish Roots Farm in the Kalahari.

It might be desert but the Nossob Aquifer which stretches underneath several southern African countries is extremely close to the surface at Stampriet; if you dig a hole of a metre deep it is filled with percolated water the next day, Salomon says.

“Sometimes the pressure from the borehole sunk into the aquifer is so high that we have to put a cap on the borehole,” he recounts. 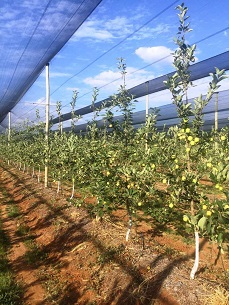 Eight thousand tonnes of apples are every year imported from South Africa, and this seemed like a good place to start.

The partnership, advised by agricultural consultants Agrimotion, contacted South African topfruit cultivar developer Culdevco and since 2017 they have planted 10ha to the low-chill Afri range apples on what used to be an overgrazed sheep farm.

Salomon says that their winter chill units just made the low-chill threshold, and they took off their first crop of 25 tonnes this year from the initial 6ha.

It was recently sold at Checkers stores in Namibia without much fanfare; next year’s Namibian apple crop is expected to be more than a threefold increase and will then represent 1% of the usual apple imports.

Blueberries, limes, mandarins, raisins at Roots Farm
The Namibian government has been a driving force behind the project and implements policies to protect local production against imports.

In association with Berryworld they established an initial 5 hectares of blueberries in 2019, meant for export and to earn foreign currency for the country. 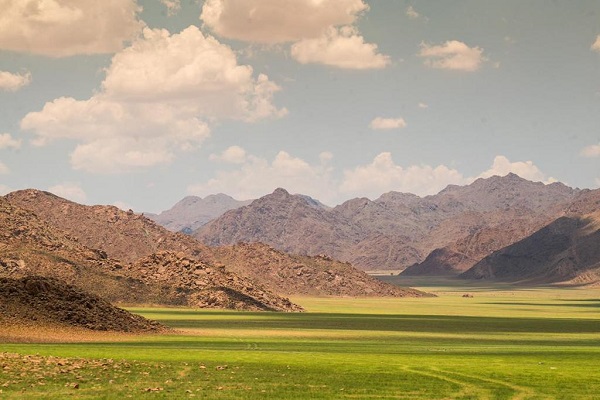 "In my 45 years I can't remember a rainy season like this one." The Aus Mountains above the verdant plains of the Namib Desert this summer

A pilot project of 6,500 early mandarin trees, procured from South Korea to withstand the heavy frost at Stampriet which killed a first planting of mandarins when it went down to -7°C, will take off shortly.

Initially the mandarin crop will be for the local market but as Salomon points out: “In a country of 2.5 million people, you can only sell so much locally. We plan an eventual 2,000ha of mandarins. If we do get to that amount, it’s definitely for the export market. Our luck is we’re earlier than South Africa due to the simple fact of our shorter winter.” 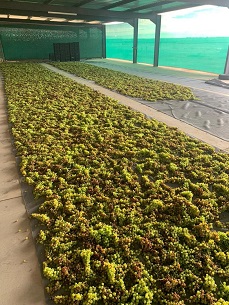 They have an undertaking to plant 3,000ha of limes.

A pilot project of 12 ha of two raisin grape varieties has been established.

“Nobody can get into the table grape market before Aussenkehr on the Orange River. We realised Aussenkehr would always get on the market first, which is why we’ve decided to rather look at raisin grapes.”

“We could replace 35% of fresh produce imports within 5 years”
The plans don’t stop there – sugar cane and Namibia’s first sugar mill are on the cards. “Every last grain of sugar in Namibia is imported from South Africa.”

Roots Farm is implementing intensive poultry, piggery and sheep farming systems on their farm and aims to welcome their first intake of students next year to their accredited agricultural college, whose curriculum was developed in partnership with Stellenbosch University in South Africa.

“The motto in our office is the money can run out, but the ideas must never stop,” he says. “The project is all self-financed. and financing is one of our main stumbling blocks. If we had enough financing I think we could replace 35% of fresh produce imports within five years.”

Namibia used to be a net exporter of mutton, now Namibia imports mutton from South Africa. Sheep farming made way for game farming until the bottom fell out of that industry. Game farmers turned to tourism, which came to a standstill last year. 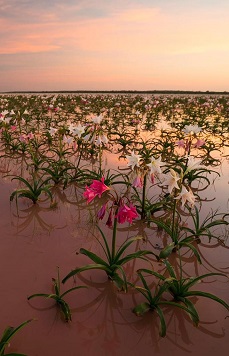 “We recently came out of one of the worst droughts in Namibia’s history. The whole country has been getting amazing rains this season. In my 45 years I can’t remember a rainy season like this one,” notes Salomon, who says the Kalahari “looks like the Amazon” at the moment.

In the Kalahari their average rainfall is 120 to 130mm a year.
All of Namibia’s perennial rivers are on its international borders. In the interior all of the rivers are non-perennial, running again this season.

He expresses his excitement with the new Neckertal Dam, a dam of more than 800 million m3 capacity and built in 2018, which is full this year after the rain.

"It is a huge success story for the Namibian government."

“Our vision is to make a difference to food security and agricultural training in the country. You can’t keep doing the same thing and expect a different result.” 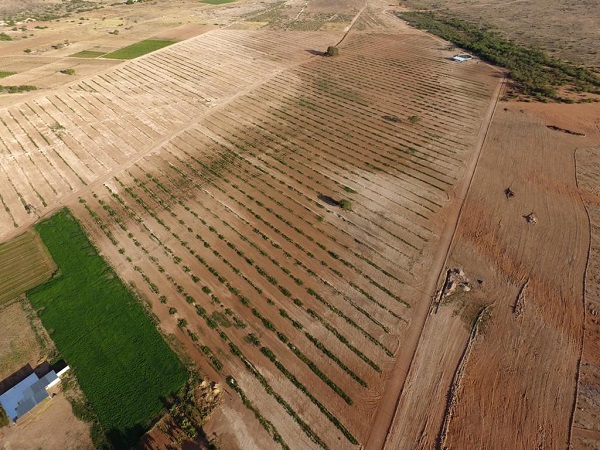 Lucerne (alfalfa) and pecan nuts in the Hardap region of Namibia 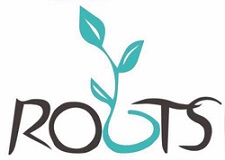