Supplies of one of the hottest 2020 commodities—ginger—are going to be tight in the coming weeks.

One experienced importer/seller says right now there is new crop ginger coming from China. That said, there are quality concerns on early containers. “It’s also very limited what China is shipping,” he says. Brazil is shipping young ginger, a product that gets pulled out of the ground earlier than usual and doesn’t appeal to all customers.

Peru is also extremely tight thanks partly to supply problems from that country, particularly on organic product. “Normally at this time Peruvian ginger doesn’t exist or there’s very little and it’s expensive.”
That means currently ginger is coming in from Central America that’s good quality but not consistent on supplies and also not at the volumes necessarily needed to meet the high-demand North American market. “Central America doesn’t have the capacity to grow a lot— we receive two to three containers per week approximately,” he says. 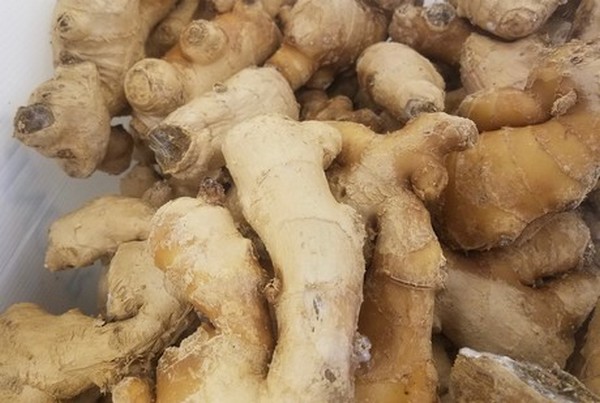 Logistics a factor
At the same time, logistics also are hampering supplies. “There are issues around short space on the boats and then containers are delayed more than 14 days because the ports are crowded. This isn’t just with ginger though,” he says.

Meanwhile demand on ginger continues to be as strong as it was in 2020, likely linked to the health properties the root offers in the wake of the pandemic. “So, prices are still very high and I don’t see any falling prices,” he says, noting currently ginger from China is between $55-$60 FOB. (This is similar to Peruvian ginger pricing at this time last year.) “That is if you can get some.”

While supplies will slightly improve in the next few weeks, there will overall continue to be slim volumes on ginger in the near future. “Chinese New Year is coming up and there will be another gap because of that. There’s always a three to four week gap in supplies because of that,” he says. “We’ll receive some containers next week but then there will be four weeks without receiving any.”