The Peruvian onion season is drawing to a close this month, with about two weeks of harvest left. The season started a little early in the summer and ran for its usual six months. Roberto Monge of KeyPeru shares: “I would say that the overall season was good marketwise, but only average for the growers.” 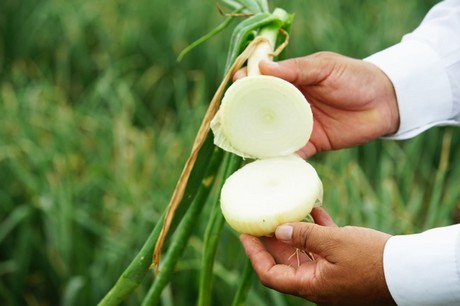 Labor shortages this season
This season saw multiple challenges for the growers, from labor shortages to political changes to port delays. “One of the biggest factors that was causing challenges throughout the season was the labor shortage we were experiencing due to the pandemic. It has been difficult to get a full labor force and during the critical times of the season, like when we are transplanting the crop, harvesting or packing it, it is vital to have enough labor. Because there were shortages, there were lower than usual yields for the onions. This was not just an issue in Peru, but in every main onion production area,” Monge explains.

Currently, the growers are working on planting the onions for next season, and due to the labor difficulties, there has been a bit of a delay. Monge shares: “We are seeing a second wave in of the virus in Peru right now, so it is hard to get a full labor force to do all the usual tasks. But, overall, as far as we know, the plantings are going as usual and the volumes next season should be normal.” 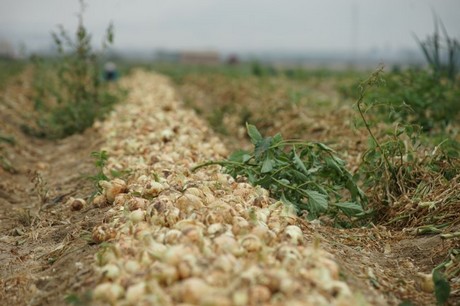 Sociopolitical challenges
Throughout November, Peru saw two presidential changes which affected the industry. “President Vizcarra was impeached by Congress in November, and after that Congress put President Merino in place, but there were a lot of protests against that and after only a few days, it was decided to put the current President, President Sagasti, in place until we will hold our new elections in April,” Monge explains.

During all of this, and during the weeks following this, roadblocks and protests were held by people in the agriculture industry calling for changes in the agricultural law, which caused delays for those trying to transport their product to packing houses and ports. “There were roadblocks in the north and the south of Peru, during mid-December and around Christmas. The issue is that even after the roadblocks dispersed there were major bottlenecks on the road and in the port because everyone was trying to get their product out as quickly as possible. Fortunately for us, onions aren’t very perishable, but we are still seeing this issue now – there just isn’t enough space in the ships for everyone’s product,” says Monge.

He explains that about 10-15% of the harvest was lost because of this issue. “We weren’t able to move all of the product from the field to the packing house during the roadblocks, and some of the product ended up sunburnt. During these weeks our overall yield went from 90-95% to 80-85%,” he says.

Port delays in California are adding to the challenges – as Los Angeles and Long Beach ports are experiencing major delays due to the pandemic. “Port operators are highly skilled persons. So, when some of them are out due to Covid, it is very hard to find a replacement and the delays caused by this have been evident,” says Monge. 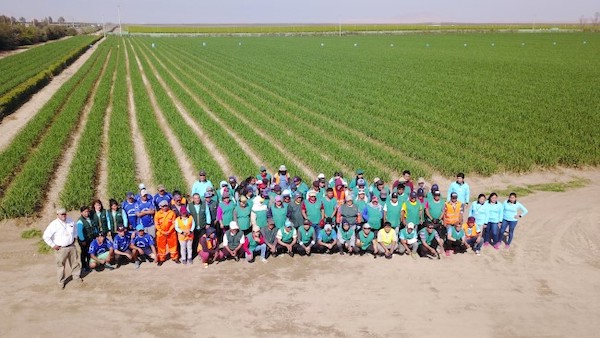 Strong market throughout the season
Despite all the challenges on the grower side, the market has been strong this season for the Peruvian onions. “The prices remained stable throughout the whole season. There were less onions available and more consumption. As people are staying at home and cooking more, they naturally buy more onions as they are a key ingredient in almost any dinner recipe. Additionally, consumers are gravitating to onions for their health benefits too,” Monge says.

“Overall, I’d say that this was a great season for the market and a good – not great – season for the growers. We are going to have an interesting year here in Peru this year, from a political perspective, as the government is finalizing a new labor law. Hopefully the vaccines will arrive soon, and we’ll see a great upcoming season,” Monge concludes. 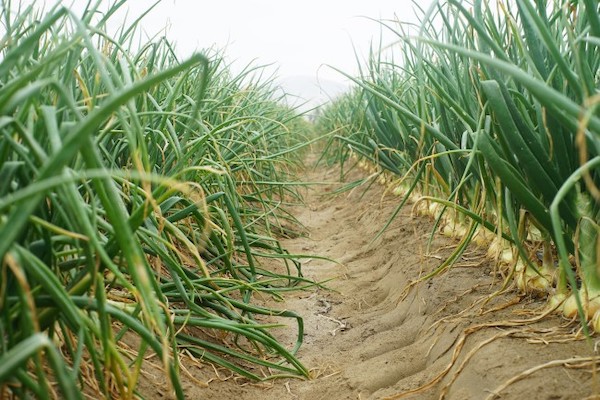