“Complicated market for echalions, normal for onions and very promising for shallots”

“The French onion campaign is going smoothly,” explains Regis Le Saint of Le Vili. “The French demand is normal for this kind of year. The market is boosted by the import demands from Portugal and Spain, which started earlier than usual this year. The demand is quite good at the moment and so is the quality, but we note a lack of small calibers.”

Many large calibers this year
The French onion season is characterized this year by rather large calibers for the red, yellow and pink onions. With the closure of restaurants, the market is filled with calibers of more than 80. Nevertheless, prices remain relatively stable. “Prices are firm, not particularly high, rather normal. They have remained quite stable throughout the campaign. However, we note some differences depending on the calibers. This difference is very marked for the Roscoff onion, with average calibers selling at higher prices than large calibers, less popular among consumers.” 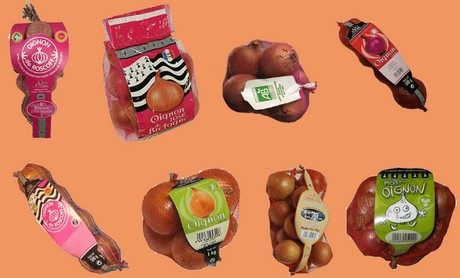 “The echalions suffer from the restaurant closure”
Contrary to the onion, the echalion, mostly purchased by wholesalers, is suffering a lot from the Covid crisis. “The market is not promising at all due to the closure of restaurants, which are important consumers of echalions. As a result, prices have plummeted.”

“Shallot prices have completely skyrocketed”
The situation on the shallot market is completely different. “Shallots are sold at very high prices, because there is a high demand from supermarkets. To give you an idea, shallots are currently three times more expensive than echalions. This phenomenon is also due to a smaller harvest of shallots this year.”