The English apple season has seen some adjustment in the supply period since the late1990s when the season was early August to mid-April. With improvements in orchard management, controlled atmosphere stores using vastly better technology and new varieties, English growers now produce apples such as Gala and Braeburn that maintain high quality until late May. The gap in year round marketing of English dessert apples caused by the loss of eating quality of most varieties - due to their inherent characteristics - is from June until August and this is where the Cameo® apple has great potential due to its exceptional storage capability.

“Cameo® is harvested in England in very late September to late October. A small amount is marketed in November and December as some growers wish to sell early to minimise storage costs or to fit with retailer’s plans,” explains Adrian Barlow, UK marketing consultant for the Cameo® Club. “Sales begin to increase in January but the major period of marketing at present is February to the end of April. Due to the exceptional storage capability of Cameo®, the variety retains its eating quality undiminished until at least August (and in Germany sales have continued until as late as mid-September).

In England we have no plans to market as late as that but Cameo has the potential to provide retailers with a high quality English apple from June to August, as well as in the months up to June. At present we do not have sufficient production to meet this late demand although sales from some growers are already continuing until early June, but plantings are increasing and this year’s picked crop of 5,700 tonnes is a record and 34% higher than the previous record. We just need more production.” 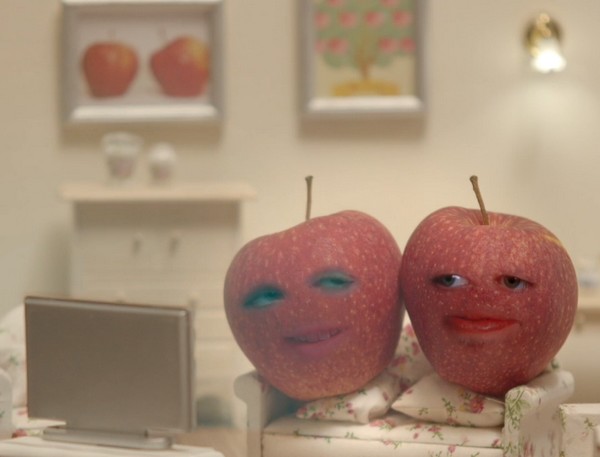 There were high levels of planting of new Cameo orchards in England from 2017 – 2019. Many of these orchards are not yet in full production so the UK crop will continue to increase in coming years. In England the current orchard area of Cameo® is 186ha and in Europe 209ha.

“As the volumes of Cameo® grown in UK continue to develop it will become ever-more important to increase the public’s awareness of Cameo® and its excellent eating characteristics. Facebook provides an opportunity to engage with a large number of UK apple consumers from diverse backgrounds and different ages extremely cost-effectively and we expect this Campaign to further widen the demand for Cameo®, benefiting both growers and all those in the supply chain,” states Adrian. 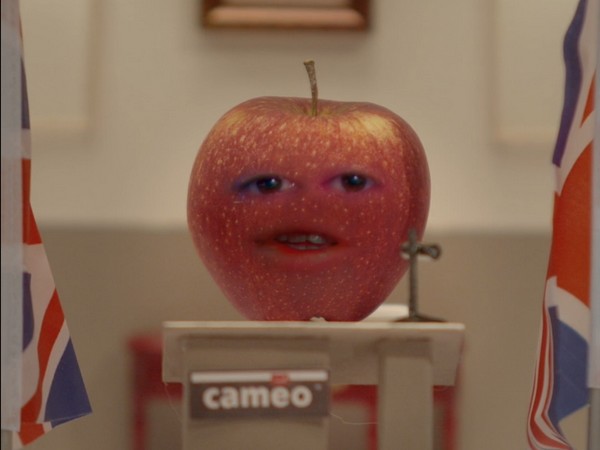 Following the success of their novel promotional campaigns on social media during the last two seasons, the UK Cameo® Club has launched a new campaign on Facebook which will continue until the end of April. This coincides with the major selling period for Cameo® and has the primary objective of increasing consumer awareness of the variety so that shoppers look for Cameo® by name.

The previous campaigns have linked Cameo® with popular TV programmes and films to create memorable videos that entertain the public whilst highlighting the brand Cameo® and the eating qualities of the apple. Last season this resulted in 2.5 million views with an advertising cost of 1p per 15+ second view, which demonstrates the cost effectiveness of the activity as well as its reach.

“Owing to proposed EU changes in copyright legislation it has been necessary to cease using footage from elsewhere and the videos will now link Cameo® with topical events using original scenes created specifically for the Cameo® Club. There will be four concepts, the first of which is “This is Your Year”. Six videos will be published on Facebook each month and supported by advertising on the platform.