“Thompson green seedless is hit the hardest with 50-100% losses”

About a week after the heavy rains in Chile, the extent of the damage on the grape industry has become a bit clearer – though a revised estimate for the season will be released in the coming week, which should further clarify the total losses. So far, it is believed that the later varieties might have less damage, and that growers have lost anywhere between 50-100% of the varieties that were currently being harvested in the affected regions.

Christian Corssen of Compañía Frutera Santa Maria shares: “The weather affected the V, VI and Metropolitan regions, which is where about 70% of all the table grapes are grown. Region VI was the most affected region.” The season started in late December, but the early volumes were lower than expected. The volumes had just started to ramp up, but have now been halted by the rains.

“We are already seeing splits in some varieties,” Corssen says. “In addition to general damage from the rain, there have been several reports of growers who had some of their vineyards collapse completely, due to the weight of the water on the canopy in combination with the soft ground because of the rains.” 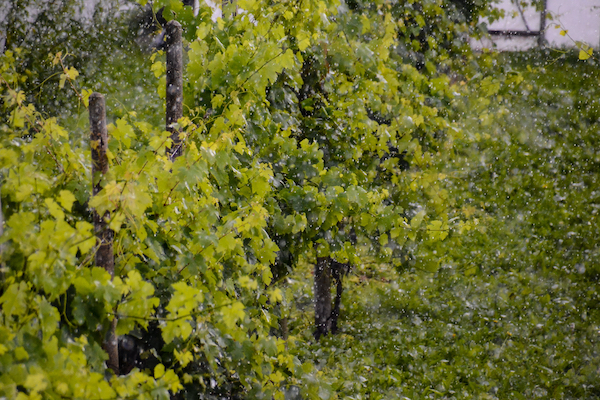 Green seedless is hit the hardest
The most affected varieties are the Flames and Sugraones, and by far the Thompson seedless, Corssen shares. “We think that as a company, we lost 50-70% of this variety in the affected regions, and some growers have lost 100% of their Thompsons. However, most of the Thompsons grown under plastic are showing less damage at the moment,” he says, adding: “The Thompson seedless is still the main green seedless variety grown in these regions. Last season, a total of 8 million boxes were shipped from here, so this season there will probably be no more than 4 million cases total.”

For the other varieties, it is more difficult to evaluate the extent of their damage. “It depends on where they are located, how much rain fell in the area, their maturity levels, and the variety itself. I think we’ll have a clearer picture next week, but so far the later varieties seem to be less affected,” says Corssen.

Market will see impact in 2-3 weeks
The market won’t see an immediate impact, Corssen says. “Peru will still be in the market until mid-February, and we still have a lot of fruit on the water right now that is travelling to the different markets. My feeling is that the green seedless that arrive with good condition will obtain very good prices, and I would also expect a higher demand for both red and black seedless varieties to compensate for the lower volumes of greens. I think we will start seeing the effects in the market within two to three weeks,” he explains.

“My main concern is to be careful with what we pack after these rains. We know that, due to the Covid situation in general, there is little space to sell fruit with any kind of problems in the market. So, we hope that what is exported arrives with good condition and obtains high prices because the growers will really need it,” Corssen concludes.