Organic grapefruit looks to be benefiting from the uptick that both organics and citrus have seen throughout the pandemic.

“Our movement has been pretty solid throughout the season. We began in late October and demand was excellent and continued to be pretty strong throughout December,” says Dennis Holbrook of South Tex Organics in Mission, TX. Demand slowed slightly in January following some ad placement but has since picked back up. “Our volume movement looks very similar now to what we had earlier in the season.”

In fact, movement of organic grapefruit has been greater than it has been in previous years. “We normally run through March into April and we anticipate ending a little earlier this year because of the strong demand we’ve had,” says Holbrook, adding that South Tex has additional grapefruit acreage coming on next year in South Texas. 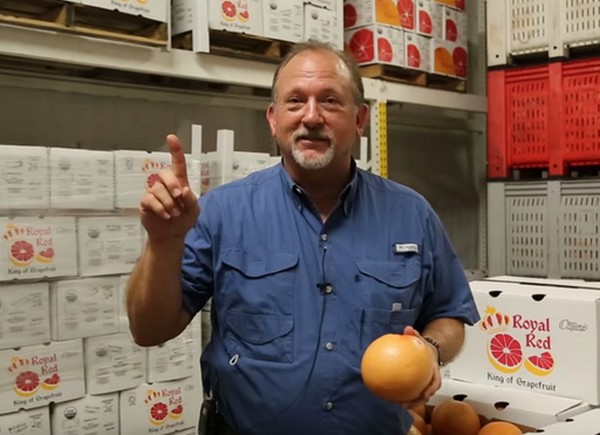 Better 2020-21 crop
Currently, along with production in Texas, supplies are coming from California and imports are from Mexico.

Possibly helping that increased demand is better fruit this year. “The BRIX are good and our overall quality has improved over last year. We have better sizing too,” says Holbrook.

As for pricing, the beginning of the season started out stronger than last year’s pricing. “It remained fairly strong through the end of 2020. When you start having the imports come in from Mexico, there’s always a little downward trend on pricing,” he says.

Looking ahead, February is National Grapefruit Month and Holbrook says it has more ads going out as well. “We think that we should have a really strong month and finish our season with a bang,” he adds.