Sea-Intelligence has published issue 113 of the Global Liner Performance (GLP) report, with schedule reliability figures up to and including December 2020. As the report itself is quite comprehensive and covers schedule reliability across 34 different trades lanes and 60+ carriers, this press release will only cover the global highlights from the full report. 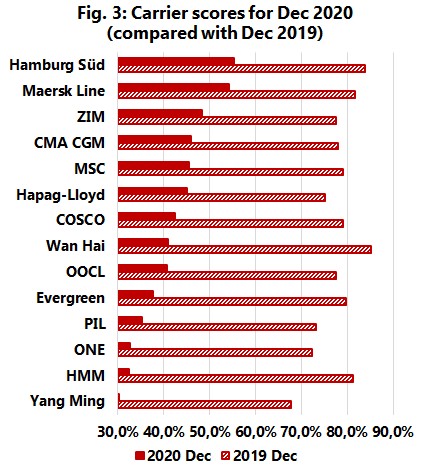 This slump in schedule reliability coincided with the carriers’ introduction of capacity on the major trade lanes, above and beyond what we have seen before. With continued widespread port congestion, and with carriers still not letting off capacity-wise (especially on the major trades) not even for Chinese New Year, shippers might not see improving schedule reliability until 2021-Q2.