Since time immemorial, the potato shelf has offered a choice between firm-cooking, mainly firm-cooking and floury-cooking tubers. But the choice of varieties has increased rapidly over the years and so has the tuber's properties and versatility. Meanwhile, the per capita consumption of fresh table potatoes in Germany is showing a steady downward trend. According to the two potato experts Andreas Heitsch and Jan Mennerich of the new online platform An-Ja, the key to success lies in differentiating potatoes. With their sophisticated 'potato finder', they enable consumers to easily and conveniently find exactly the right tuber for every dish.

Basically, the concept of the new two-man initiative revolves around the appreciation of the potato, explains Andreas Heitsch, who in his long career has always pointed out the versatility of the potato. "We don't just want to offer the consumer a firm-cooking potato, but exactly the variety that perfectly suits their dish. For example, this variety can also be a little more yellow and not quite as firm. That's how we want to add a little more value to the humble potato dish." 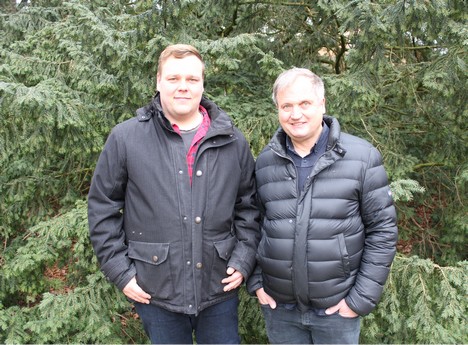 Ambitious young farmer Jan Mennerich (l) and experienced potato merchant Andreas Heitsch are the driving forces behind the 'Potato Finder'. Both gentlemen have been preaching a redefinition of the potato in favour of consumption for years.

Declining consumption of table potatoes
Unfortunately, they say, people are too often disappointed when they repeatedly buy a certain variety, because even with the same variety, the soil type and cultivation method are ultimately decisive for the taste. "This means that if you buy a tasty Belana from grower X the first time, you will definitely want to have exactly that potato again. However, if the potatoes of the second purchase come from grower Y, they might have a completely different taste."

For this reason, he says, potato consumption has been declining for several years, although there is now increased access to regional tubers in times of pandemics. "In the past, the potato was mainly considered as a filling side dish. We would like to see the potato valued as a main component of a dish. Therefore, from our point of view, it is particularly important that the product and its strengths and nutritional values are redefined." 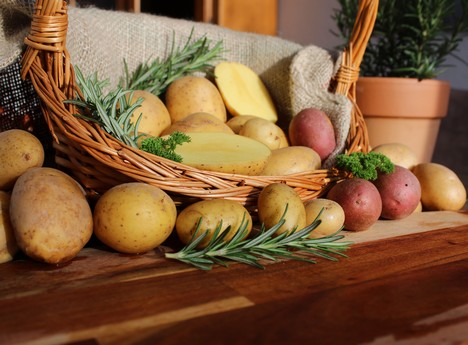 Regional potato specialities are traded via the new online shop.

Win-win-win situation for the potato sector
"With our radiant presentation in the digital potato finder, we want to contribute to raising and improving the level of eating by using the right potato," the two initiators continue. Thus, the potato will regain its status, he predicts. "The bottom line is that all levels of the potato economy will benefit, both the consumer and the producer and trader. That's what we call a win-win-win situation for the industry."