"Given the Berry Monitor's success, we're getting started on top fruit and fruit-vegetables"

Two months ago, on this site, we introduced the launch of Roamler's Berry Monitor. Roamler is a Dutch crowdsourcing platform. This monitor gives Roamler's subscribers real-time insight into the European retail berry situation. This is regarding strawberry, blueberry, redcurrant, raspberry, and blackberry prices, quality, and suppliers.

Christiaan Rijnhout of Roamler is very enthusiastic about the response to the Berry Monitor. "There was a lot of interest. That was from trading companies, (overseas) suppliers, and the retail channel. We've begun monitoring soft fruit shelves in nine countries. That could be extended to supermarkets in some other Eastern European countries." 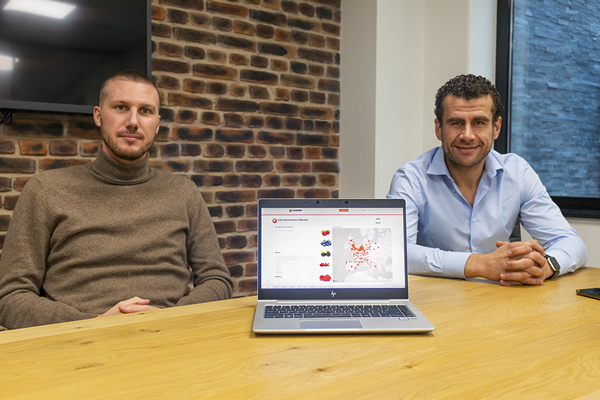 "British and German parties were particularly interested in soft fruit sales data. So, we're considering increasing the field visit frequency to these two countries. Instead of monthly, we want to make it fortnightly. Then we can monitor things even more closely. We've also decided to add the Dutch market to the monitor. That market isn't as fragmented, but the data meets our clients' need."

The monitor went through three test rounds. Now, the first January round at European retailers has already taken place. Data was collected from 600 European supermarkets. These include Aldi, Lidl, Tesco, Carrefour, and E-Leclerc. "This is now available on our subscribers' dashboards. They get detailed reports on units, prices, and sales," continues Christiaan.

"That includes photos of each product's price tag and country of origin. All photos can be easily viewed and downloaded from the online environment. We've added a new tool by implementing a search engine. Now, you can easily analyze store deviations. We take up to 8.000 photos per round. So, you, understandably, don't want to look at each one." 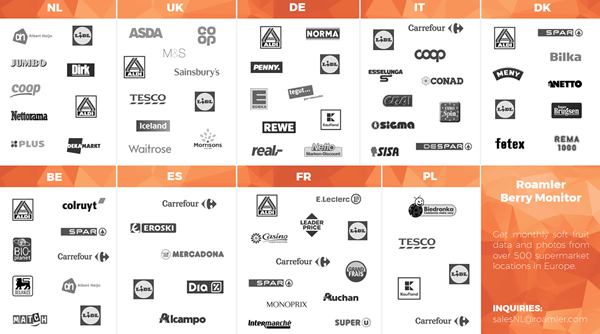 The Berry Monitor visited these supermarkets. Click here to enlarge.

The use of the monitor in the soft fruit segment is an undoubted success. Other product groups are sure to follow soon. "The article resulted in us gaining the interest of many other product growers. We'll begin working with them too. We're going to launch a Top Fruit Monitor. Fruit-vegetables are next on the list. That will be a challenge, given the tomato assortment's breadth. But we will succeed," concludes Christiaan.