Tropical cyclone Eloise made landfall in Beira, Mozambique on Friday with category 1 strength; the area is till recovering from Cyclone Idai.

In South Africa, where the weather service had issued red alerts, fruit growers across the northeastern parts of the country are relieved that tropical storm Eloise didn't live up to fears of high winds and fruit fall. 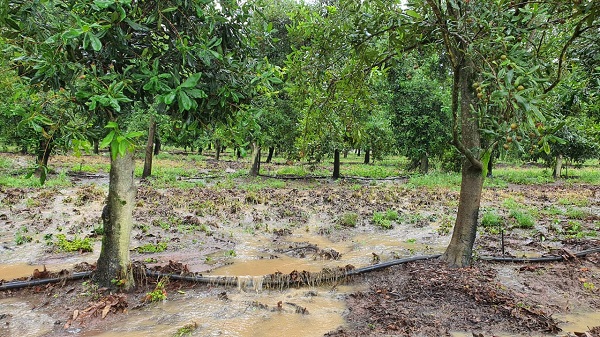 Water streaming through a macadamia orchard in Limpopo

Some parts, like Graskop, received close to 400mm over 48 hours and in the Kruger National Park many roads are closed.

An avocado grower in the early Levubu area of Limpopo, where ample rain fell on already saturated soil, says that they are on the brink of their 2021 avocado season and what they're needing right now, is sunlight, not more rain.

Overcast conditions delaying the maturation process of oil development could mean that the avocado season starts a week later, which is not what the supermarkets want to hear.

In the Hoedspruit area lemon pickers went at the harvest hammers and tongs on Saturday.

"We filled every conceivable container with lemons," says a grower, in anticipation of the destruction it was feared Eloise could bring, as well as the risk of oleo.

They might have to wait it out for the rest of the week, hoping for sunlight and mild wind to reduce the oleo risk, before they can resume the lemon harvest. 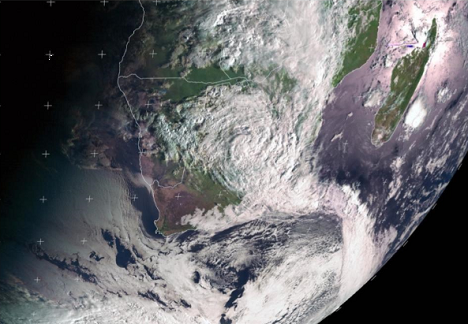 In Schoemanskloof outside Nelspruit, Mpumalanaga, the rain has been much-needed because unlike many other places, says a citrus packhouse manager, they haven't been getting a lot this summer.

They're coming out of a three year dry cycle. They expect to start their citrus harvest during the first week of May; the young crop's looking good and clean.

The impact from rain in the catchment area of the Tzaneen Dam which is at chronically low levels is being eagerly watched by the citrus  growers downstream in the Letsitele Valley, which has also had good rains.