"Compared to Germany and Holland, we are light years behind"

The Corona crisis has left deep scars in the catering and bulk consumption sectors, as well as among their suppliers, for example of ready-to-cook fruit and vegetables. Accordingly, the willingness to invest in freshcut equipment was also rather down. However, demand has shifted from large-scale industry to direct marketing and farm-gate sales, observes Franz Führer, managing director of the trading agency of the same name and a specialized machine supplier on the Austrian market. 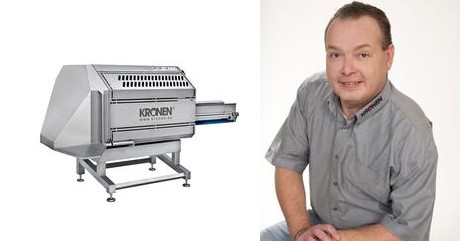 Franz Führer is the exclusive supplier of Kronen equipment in Austria.


In the wake of the Austria-wide gastro closure during the first and second lockdowns, significantly fewer quantities were needed in the catering industry. "Especially for the large-scale industry, a significant part of the sales has thus completely disappeared. Accordingly, one has other worries than investing in mechanical equipment," says Führer, who has been running the one-man business since 2012.

Increased inquiries in direct marketing
However, the declining willingness to invest in the large-scale industry can largely be compensated for by increased inquiries in other areas, he said. "Thanks to Corona, purchasing behavior has completely changed and there are now large increases in sales in the areas of farm-gate sales and direct marketing. This group has also recognized the potential of cut produce for itself and requires, above all, smaller vegetable cutters with which one 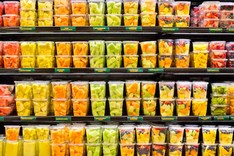 can process one's yields easily and conveniently. I'm completely booked for the next three weeks because so many demonstrations are being requested right now."

Right: some in the freshcut sector have already fallen victim to the Corona pandemic.

Handelsagentur Führer is the licensee of the well-known brands Kronen, Feuma and Boss Vakuum on the Austrian market and thus the main supplier to the domestic freshcut sector. "Through the partnership cooperation, each area is covered accordingly. From the Kronen catalog, mainly the belt cutters as well as washing and spinning systems are well received. Feuma machines, on the other hand, are more suitable for the smaller producers. Our service is rounded off with Boss solutions so that Freshcut products can be packaged in any pack size to suit the market."

Austrian freshcut market in its infancy
The Freshcut segment is still in its infancy compared to nearby countries, the machine distributor continues. "There are about 4-5 bigger players who together supply the LEH. However, the selection in German and especially Dutch supermarkets is much larger, and we are still light years behind. Meanwhile, the younger generation is cooking less and less at home, so there is a world to gain from a retail perspective. I'd like to see food retailers recognize this growth potential for themselves and expand their assortment accordingly."