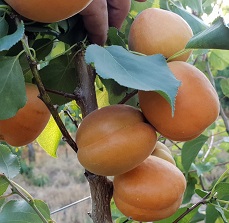 South African apricot volumes and exports almost doubled this season to 674,000 x 4.75kg equivalent cartons, as production in the parts of the Klein-Karoo rebounded after a better winter rainfall season over most of the area.

In the Klein-Karoo, where 75% of South African apricots are grown, inspection of apricots for export rose by 101% this season but there are still parts of the Klein-Karoo that are in need of good rains in order to recoup lost ground after the drought of the past five to six years. 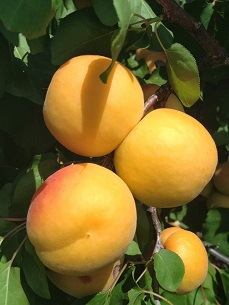 The Imperial/Palsteyn crop, dominant apricot cultivar and locally bred, is up by 124% to over 250,000 of 4.75kg cartons. Of the  South African apricot variety Soldonne (right) the crop has increased by over 300%.

The Charisma crop, the other major cultivar, increased by 80%.

The apricot harvest has nearly ended and exports estimated to be 90% more than last year’s.

In the Koo Valley, near Montagu, Carmingo apricots will be harvested for the next two to three weeks still, says Niël Joubert, apricot grower on the farm Warmwater between Montagu and Barrydale. 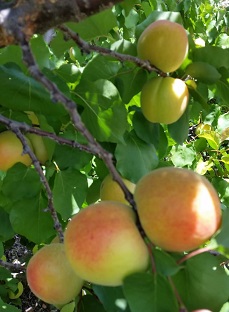 He notes that it has been a season just the way apricots like it, with little wind and no rainfall during harvesting.

“Apricots like drier surroundings and I think that’s what made this year so unique: the growing conditions were so favourable, with very little Xanthomonas [bacterial cancer]."

"It didn’t rain during flowering or harvesting. There are lot of issues that developed when you harvest  apricots under wet unfavourable conditions,” he notes.