The Valencia sizes appear to be smaller this year than they were last season. This could put pressure on some markets, while causing shortages in others. Overall production of the Egyptian citrus has increased by about ten per cent this year, according to one exporter this means they have the potential to start exporting large volumes to  quite a few new markets.

Jana Fresh increased its production for citrus by 25% this year
According to Ibrahim Gadalla, the export manager for Egyptian fruit exporter Jana Fresh, the demand for Valencia oranges should pick up quite soon: “The season of Valencia is kicking off rather slow, but this is natural with Valencia, as it always coincides with Christmas vacations. The period before Christmas witnessed high demand, of which navel is the main beneficiary, after that period demand slows down with the start of Valencia in early January. This is mainly due to vacations and the fierce competition from the Pakistani Kinnow mandarin in Asian markets. We expect that demand will rise to its usual rate by early February, as this also marks the end of local oranges in India. The Chinese market should also improve for us by that time.” 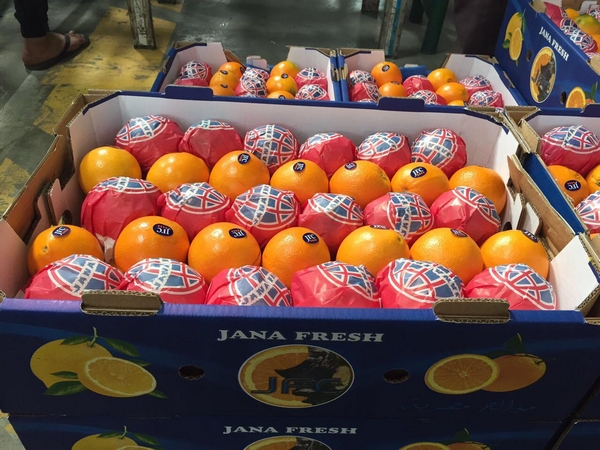 Gadalla acknowledges there are certainly challenges this season, one of which being the smaller overall sizes of the oranges. This will suit certain markets, but could lead to shortages on other markets. “The major challenges so far can be summed up in three points: Valencia sizes tend to be smaller this year, which puts pressure on some markets which require smaller sizes and at the same time causes shortage in markets where only big sizes are required. Another major issue is the increase in expenses imposed by new regulations of the Food Safety Authority and the traceability system. These regulations, though beneficial in the long run, add loads on costs of the product especially for markets where no such measures are required. But the most difficult issue we’re facing this year is the unjustified increase in ocean freight rates to certain destinations, especially in the Far East. In some cases, freight rates have increased by 100%, which made doing business impossible. Bangladesh is an example of this.” 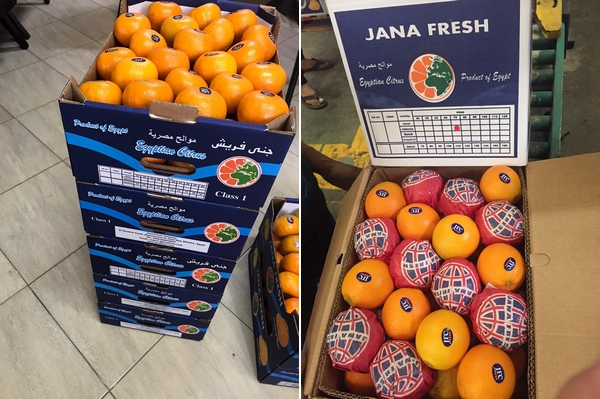 With new markets to enter this season, it’s a good thing Jana Fresh has increased its production by 25% compared to the previous season, Gadalla explains: “We, as Jana Fresh, are planning to do around one million cartons of citrus this year with a 25% growth rate compared to last season, as we have already entered into agreements with major retailers in Europe, Russia, Vietnam and China. On the national level, our speculation is that the increase in exported volume will range between 8% and 10%, this can be attributed to the increase in production and the expansion into new markets, such as Japan, New Zealand and Brazil. We expect that the Valencia prices will maintain its gains of the last season. Many people consider the last season an exceptional season, but I don’t agree with this opinion, as the circumstances that affected last season still exist. But in the end the price issue remains a matter of speculations subject to changes in international circumstances.” 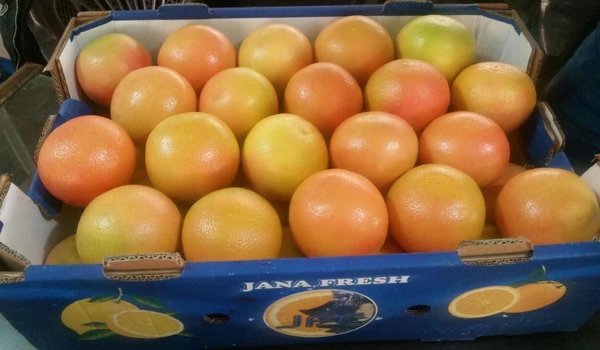 The Spanish weather will make for a better season for the Egyptian citrus. However, Gadalla emphasizes it’s not just the issues in other producing countries that is giving Egypt an edge this year: “Spain is the main competitor of Egyptian citrus, especially in the European market. Of course, any drop in a competitor’s volume or quality will have its positive impact on our own season. But it isn’t just the weather that is helping; Egyptian citrus has proved to be a reliable alternative to the Spanish in terms of price and quality. The weak local currency in Egypt enables exporters to offer competitive prices, in addition to the increase in trucking cost between EU countries which does not support Spanish produce. We will also reap the results of applying the new regulations of Food Safety Authority and the traceability system which will allow Egypt’s produce to penetrate to certain retailers in the EU that were not accessible in the past. As soon as we are done with Valencias, we will start our grape season. This season extends from June to September. Now there are some early varieties which do very well concerning price and competition,” he concludes.