Artichoke sales are slow and warehouses are full

Artichoke sales dropped before the Christmas holidays and storage units are still full. The Italian produce is affected by the competition from Egypt and Tunisia and producers are hoping that quotations will recover next week. 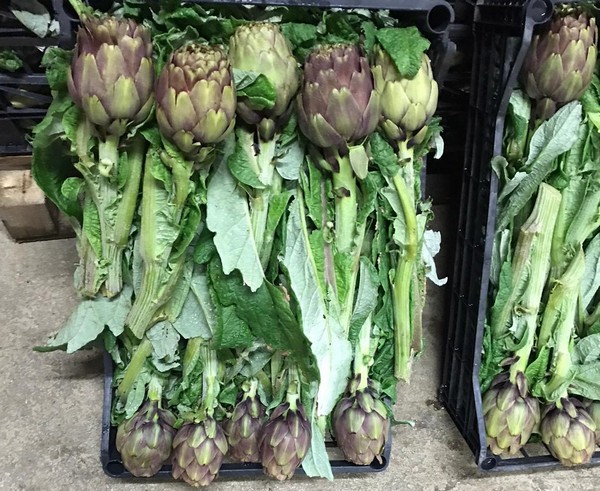 "Our warehouses and refrigerated units are full. The festivities marked the death of artichokes - they were not doing so bad until December 23rd, as they sold at €0.50/head. Then nothing, we are lucky if we can reach €0.20/head," reports Giuseppe Ventura from La Zucca Rossa, a company operating within Centro agroalimentare di Napoli (CAAN.

According to Ventura, the situation must change next week, otherwise the situation will be dire. (Right: Egyptian artichokes. Photo supplied by Giuseppe Ventura)

"Our mistake as traders was to purchase slightly too much, also of the foreign produce. This congested the markets further. Just think that, in addition to domestic artichokes from Sicily, Apulia and Sardinia, there is also produce from Egypt and Tunisia. At the moment, we have available artichokes from Apulia and Egypt. Of course the quality is different, and costs are increasing."