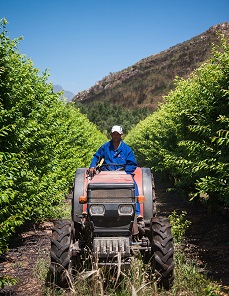 The Cape drought seems largely to be broken.

“Our volumes are now only back to where it was two, three years ago, due to drought,” says a plum packer. “The packhouse is this year running at full capacity again. It took us a while to recover from the drought.”

Packouts are high, and he adds it’s not that much more than they packed in 2017.

The season has started around seven to ten days later, opening onto an empty European market, where consumer demand for stone fruit is currently very good.

Direct trade with UK buffers Brexit impact
Most South African stone fruit exporters practise direct trade with the UK, which has hugely shielded them from Brexit disruption. The impact from Covid, notes one exporter, has been more visible on their UK business, particularly with regards to logistics.

“Not only does it directly impact on our airfreight availability, but it also influences the delivery time of our containers to market as our packhouses and ports do not operate at full capacity. We are, however, privileged that these challenges have not had a negative impact on our product delivered to the end consumer,” says Annelie Haumann, managing director of Stems Fruit, a specialist stone fruit and fig exporter.

Despite these challenges some of their trade is in fact up on last year. “As there is still very limited fruit in our respective markets, due to a later start we are not sure yet how the bigger volumes, the extreme weather conditions in Europe and especially Covid are going to impact our sales.”

Slow start on season with large plums
Although optimistic about the season, some South African stone fruit exporters note that they are concerned about the impact of Covid on the effectiveness of the European wholesale markets; a substantial percentage of the larger plums are sold into this market segment. 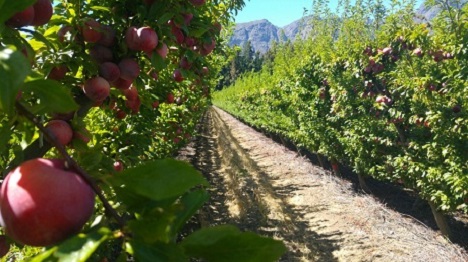 A later start to the plum season, combined with poor fruit set on some of the early varieties left the UK market initially undersupplied, but the plum season is only now getting into its peak weeks.

There is a growing tendency among certain UK retailers who are showing a greater demand for bigger fruit. Increasingly the dominant retailers are complementing their current offer with larger plum and nectarine pre-packs which have been ripened and “ready to eat”.